SA is 4,000MW short of the power it needs as its coal-fired power stations show their age 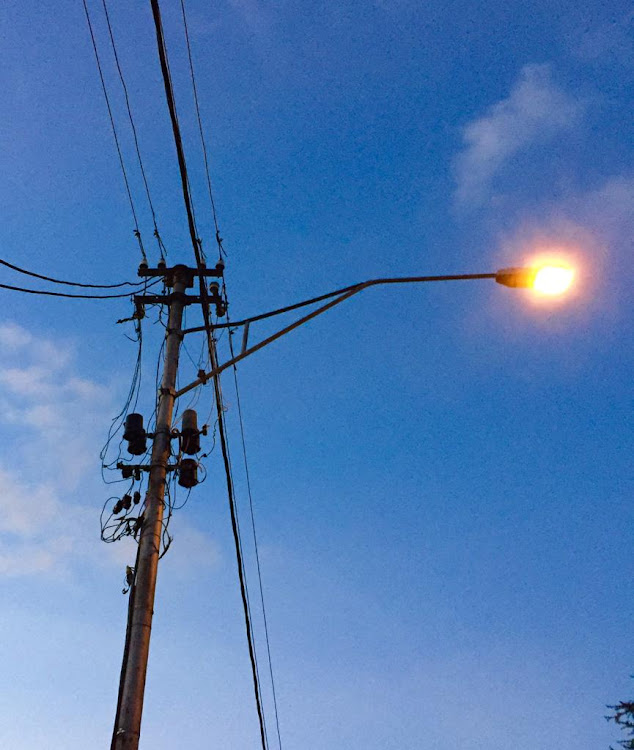 SA is about 4,000MW short of the power it needs to ensure no load-shedding.
Image: PAUL ASH

SA’s long-suffering citizens should brace themselves for another five years of load-shedding as Eskom struggles to keep its ailing coal-fired power stations on the boil.

This is thanks to an estimated 4,000MW shortfall in the amount of power the utility will be able to supply in the next half decade, said CEO André de Ruyter. Speaking at Eskom’s “state of the system” briefing on Monday, De Ruyter said the risk of load-shedding “will abate over time but not disappear” as the utility forged ahead with critical maintenance work.

While an extra 7,000MW had come on stream since 2015, breakdowns at a number of Eskom’s ageing coal-fired power stations had seen SA endure crippling load-shedding over the past year.

One generating unit at the Koeberg nuclear plant near Cape Town had also been shut three weeks earlier than its planned service date because of a leaking steam pipe which had been holed by a “foreign object”.

Eskom had carried out short-term maintenance during the early stages of the hard lockdown from March last year before switching to “reliability maintenance” from June onwards, said COO Jan Oberholzer.

The short-term plan was to focus on getting the Duvha and Tutuka power stations operating properly, said Oberholzer. “By doing that we would gain 2,300MW,” he said. “But the system remains unreliable.”

Oberholzer pointed out that the average age of Eskom’s coal-fired stations — nicknamed “six-packs” for the number of generating units they have — was 40 years.

SA’s energy availability was now 65% of the installed capacity, said Oberholzer, down 2% from 2019.

That is money that Eskom does not have

The optimum availability should be 70% at least, he added. “Focusing on Duvha and Tutuka will lift energy availability to 69%.”

Meanwhile, Eskom is clawing back generating capacity wherever it can, starting with starting with Kusile 3 at the huge new Kusile power plant which will add another 720MW to the national grid when it comes on stream in the next three weeks, following Kusile 2 in which came on stream last October.

Medupi 1 was also due to come on line “in the next month or three”, said Oberholzer.

De Ruyter admitted that commissioning the new Kusile and Medupi mega-power plants had been hampered by latent design defects which were being remedied.

“Design modifications are in progress,” he said, adding that it would take some time before Eskom saw a return on its investment.

On options for future power sources, De Ruyter said the utility would concentrate on solar, wind and natural gas.

“We welcome the further contribution of 2,600MW from wind and solar,” he said.

The shift is in line with growing pressure globally to generate power from renewable energy rather than fossil fuels.

Eskom, meanwhile, needed to address emissions from its coal-fired plants.

It would cost R300bn to bring all the stations up to standard, De Ruyter said. “That is money that Eskom does not have.”

Eskom is forging ahead with a proposal to increase the price it pays coal giant South32 for coal delivered to its Duvha power station, despite ...
News
10 months ago

The power utility said it suffered further breakdowns at five power stations during the weekend.
News
10 months ago

Eskom announced on Sunday that it has extended load-shedding to Wednesday due to constrained generation capacity.
News
10 months ago