'To keep the lights on for the four hours, Eskom has had to supplement the supply by burning more diesel,' said Eskom spokesperson Sikonathi Mantshantsha 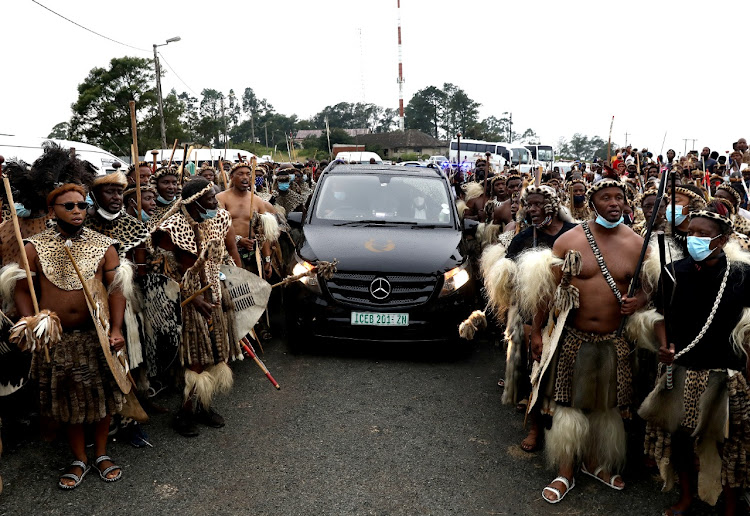 The funeral procession of King Goodwill Zwelithini makes its way to his ancestral home and final resting place at KwaNongoma, in northern KwaZulu-Natal.
Image: Sandile Ndlovu

It cost R20.25m to stave off load-shedding for Zulu King Goodwill Zwelithini's memorial service on Thursday.

“To keep the lights on for these four hours, Eskom has had to supplement the supply by burning more diesel than it would have had to.

“Between 9.45am and 2.15pm, to supplement supply Eskom ran five of its own OCGTs and four IPP [independent power producers] OCGTs. The average cost per OCGT is R500,000 an hour. Each OCGT produces 150MW of energy,” he said.

Based on these figures, it cost R2.25m per OCGT for the four-and-a-half hours. For nine OCGTs, this means R20.25m was spent.

This came after the power utility said on Wednesday night that load-shedding would be called off between 10am and 2pm on Thursday to allow the national to mourn King Zwelithini.

“This extraordinary measure has been implemented to allow the nation to witness a key and historical event at this difficult time in the life of the Zulu nation. Afterwards, load-shedding will be implemented and continue as previously communicated,” Eskom said.

Mantshantsha said that Eskom operates 20 OCGTs and also relies on IPP OCGTs to supplement any shortages. He said these could be run as needed.

Dozens of people thronged the gates outside the royal palace in Nongoma during the official memorial service for the late Zulu monarch King Goodwill ...
News
2 months ago

The privacy that surrounded parts of King Goodwill Zwelithini’s burial on Wednesday was normal protocol in how a king ought to be laid to rest as the ...
News
2 months ago

Princess Thembi Ndlovu, the sister of the late Zulu monarch, says only God knows who will succeed King Goodwill Zwelithini and that it is likely that ...
News
2 months ago
Next Article