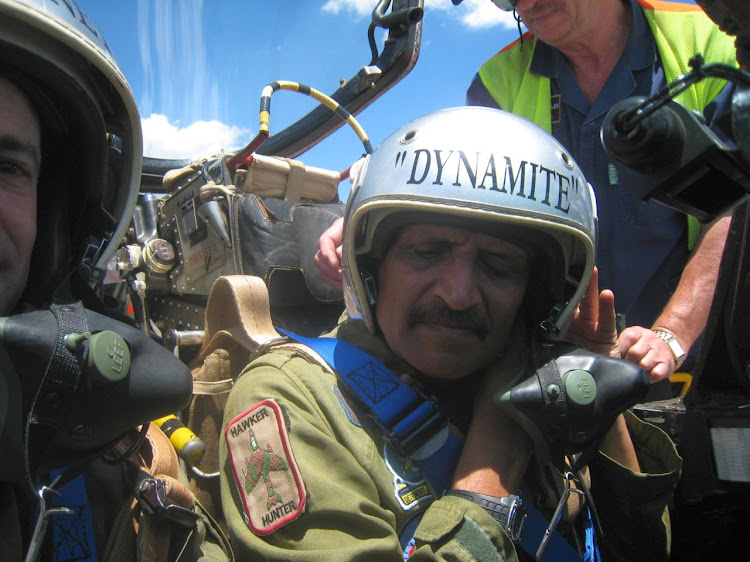 Gen Des Barker and Col Rama Iyer were killed when their aircraft crashed and burst into flames while landing at the base.

The single-engine Patchen Explorer reconnaissance aircraft was reportedly on final approach when it crashed short of the runway.

“SA has lost one of its greatest pilots,” said SA Flyer magazine editor Guy Leitch in a tribute to Barker.

“He had an extraordinarily successful career in the SAAF. He was a pilot and leader of supreme capability. After flying Mirages, he became a test pilot flying extremely hazardous test missions, launching missiles at twice the speed of sound.”

The aircraft, a single-engine Patchen Explorer reconnaissance aircraft, was reportedly on final approach when it crashed short of the runway and ...
News
1 year ago

Barker was the world's leading expert on air show aircraft accidents, said Leitch, a subject on which he had written two books and articles, including a regular column for SA Flyer.

During his career, Barker had commanded the fighter base at Louis Trichardt, later Makhado, as well as the Test Flight Development Centre (TFDC) at Bredasdorp in the southern Cape. He also served as SA's air attaché to the UK.

Later, while working for the Council for Scientific and Industrial research (CSIR), he played an instrumental role in the Aeronautical Society of SA (a division of the Royal Aeronautical Society), presenting lectures, papers and arranging internationally-acclaimed symposia and conferences, said Linden Birns of aviation consulting firm Plane Talking.

Barker was recently awarded an honorary fellowship of the prestigious Royal Aeronautical Society (RAeS), one of only two South Africans and 200 people worldwide to have received the honour in the society's 100-year history.

“His death is a huge shock and a massive loss for the entire aviation and aerospace community,” said Birns.

“He was always generous with his knowledge, wisdom and time and never shy to exercise his wonderfully dry sense of humour.” 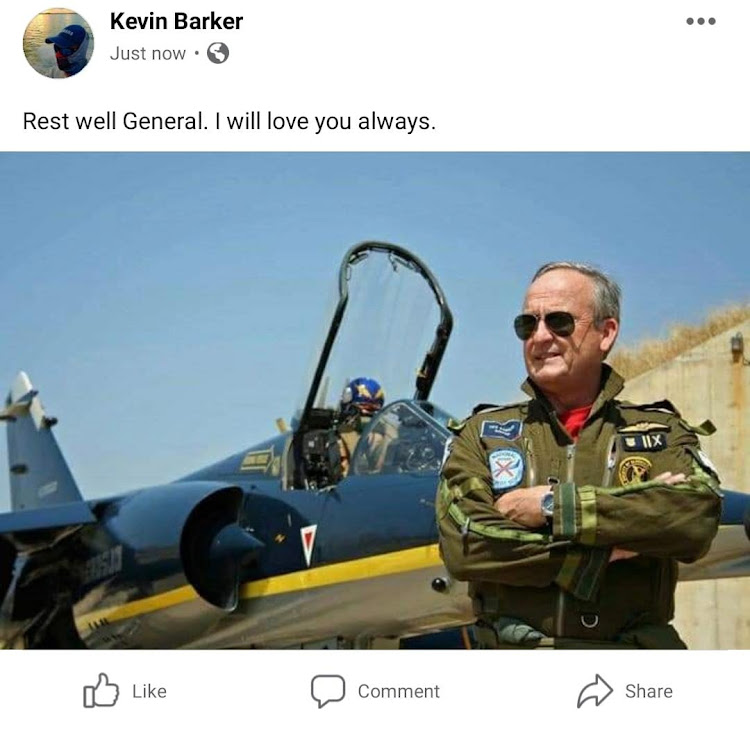 In this tribute from his son Kevin, General Des Barker is seen standing in front of a ex-SAAF Mirage F1 fighter jet.
Image: KEVIN BARKER

Iyer, a former fighter pilot for the Indian Air Force, had a 24-year career flying MiG fighters behind him when the SAAF employed him in 1998.

Iyer — whose call sign was “Dynamite” — and his family moved to SA, where he was responsible for setting up the flight training and class work for the new Hawk fighters.

Iyer stayed on in SA after the programme was completed and continued to fly for the air force as well as for the SAAF museum's Historic Flight, which operates a varied collection of classic military aircraft.

“Rama was an incredibly friendly and generous person,” said Dean Wingrin, a journalist who runs an SA Air Force internet forum and who flew with Iyer in the museum's restored De Havilland Vampire jet fighter.

“He is fondly remembered as a Vampire jet pilot, which he flew at various air shows and displays,” said Wingrin.

“He made a huge impact on both the SAAF training syllabus and the historic aviation scene and will be sorely missed.” 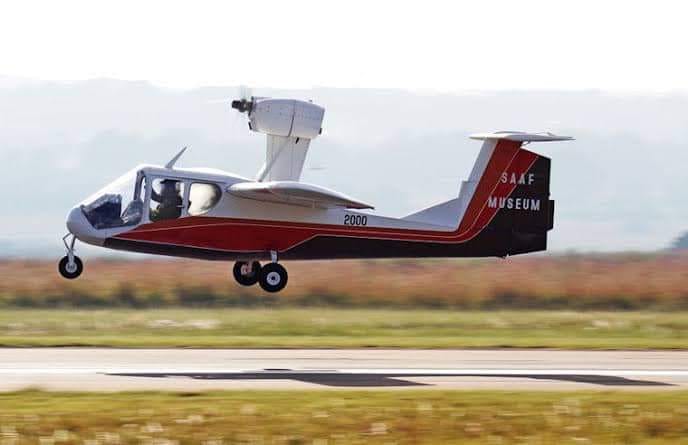 The ill-fated Patchen Explorer, see here taking off from AFB Swartkop on a previous training flight shortly after it was restored to flying condition.
Image: SUPPLIED

While both men had retired from full-time roles in the SAAF, they were both reserve pilots at the time of the crash.

The aircraft was designed for aerial surveillance and photography and patrolling pipelines.

Only one example was ever built. The prototype was brought to SA in 1975 and evaluated as an observation aircraft for the SAAF.

The aircraft was found to be too noisy to use as a reconnaissance platform and the air force instead chose a two-seat, high-wing plane which became locally known as the “Bosbok”.

Between 1976 and 1979, the Patchen Explorer was employed as a communication aircraft with Test Flight Development Centre (TFDC) at AFB Waterkloof.

Plans to build the type in SA did not come to fruition and the aircraft sat in a hanger for many years until it was acquired by the SAAF Museum and restored to flying condition.

After a painstaking restoration process, Barker and Iyer flew the aircraft on its first post-rebuild test flight in 2013.

The cause of the crash is unclear.

Spinal fractures are most common injury in light-aircraft crashes

Fixed-wing aircraft account most of the accidents, followed by helicopters, study finds
News
1 year ago

An investigation into the possible cause of a KwaZulu-Natal plane crash which claimed the life of pilot Mark Perrow, 55, a former SA Olympian ...
News
1 year ago

A pilot and his assistant cheated death when their light aircraft plunged into the roof of a warehouse in Alberton on Sunday afternoon.
News
1 year ago