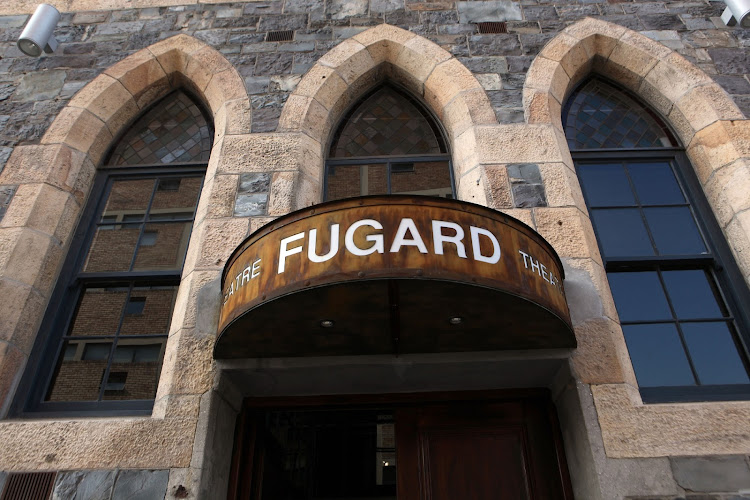 SA’s theatre fraternity has reacted with heartbreak to the announcement that Cape Town’s famous Fugard Theatre has closed its doors for good.

Named after the playwright Athol Fugard, the theatre was established in 2010 and produced many landmark productions, including the musicals King Kong (2017) and Kat and the Kings (2012).

Actress and academic Fiona Ramsay is head of the department of theatre and performing arts at the University of the Witwatersrand.

She asked Ismail Mahomed, a playwright and seasoned theatre and arts festival manager, about what forces aligned to see the theatre close, and whether this could have been prevented.

What does it mean that the Fugard is closing?

The closing down of the Fugard means far more than just the loss of one more place where artists, technicians and arts administrators could have earned a living.

The Fugard rose like a phoenix in democratic SA. It was located in an area that had once been demolished by apartheid’s bulldozers during the destruction of the mixed race suburb District Six as a result of the Group Areas Act of 1950.

Renowned playhouse forced to halt productions due to the pandemic.
Lifestyle
10 months ago

The Fugard was shadowed by Table Mountain, located almost behind the Cape Town City Hall where Nelson Mandela made his inaugural speech after his release from prison.

It symbolised what was possible in SA – the return to our roots and the reclamation of our histories. The Fugard Theatre gave us the freedom to envision the now and the future.

What is the theatre’s legacy?

One of the most poignant lines ever spoken on the stages of the theatre was by Fugard himself. At its opening he said: “We are sitting on the laps of ghosts.”

It was a fairly eerie thought but it meant more than just sitting on the laps of the ghosts of the people who lived in District Six.

We were sitting on the laps of Barney Simon, Ramaloa Makhene, Doris Sihula, Matsemela Manaka, Mavis Taylor, Lucille Gillwald and all those deceased artists who had used their creative voices to fight apartheid and censorship through theatre, and whose spirit had come to rejoice in the birth of a new post-apartheid mainstream, independent, free-thinking theatre.

How much of this is Covid-19, and could this have been prevented?

Covid-19 restrictions severely impacted theatres and there were several initiatives launched at the commencement of the national lockdown to provide artists with immediate relief both financially and materially.

The growing crisis in the performing arts sector has been caused by the department of sport, arts and culture’s lack of vision and strategy and minimal understanding about the sector,  and hence the artist relief fund offers little hope for the rebirth of an industry after the lockdown.

How does this point to bigger problems?

Since 1994, the government has failed at developing a well-structured arts and culture department. The sector has been endowed with one embarrassing arts minister after the next. Performing arts institutions have become agencies of “official art” that is often anti-intellectual.

The Market Theatre Foundation, once was a hub of free thinking and progressive political engagement, is a shadow of its former self. This is mainly because more than 90% of the subsidy it receives from the department is channelled into exorbitant salaries, operations and council (board) costs. There’s very little left for the creation of work by artists.

The Market Theatre’s lowest moment in its 44-year history was when its senior executives had to blow the whistle and invoke the Protective Disclosures Act against its governing council, appointed and defended by the arts minister.

Artists are at loggerheads with the NAC over alleged lack of transparency in the allocation of R300m from the presidential employment stimulus ...
News
10 months ago

A white paper on arts, culture and heritage has been under revision since 2015. It is still far from being implemented. The Living Legend project, initiated by the department to honour artists over the age of 70, has lost millions through fraud. Around R20m was stolen from the State Theatre in Pretoria by some of its employees.

Against this background independent artists have been fighting to be recognised, respected and supported.

How has state intervention helped or hindered theatres like the Fugard?

The Fugard received no support from the department of arts and culture. Even when it began to sound alarm bells last year that it would be mothballing, there was no support from local, provincial or national government.

While the closure of the Fugard Theatre is an indictment on the department for failing to see its national relevance, it is an equal indictment on the provincial and local governments that failed to see the importance of this theatre in boosting the local economy and cultural tourism.

The theatre survived on the generosity of a single philanthropist, Eric Abraham, and the theatre’s loyal supporters. This offered an opportunity to build a meaningful partnership for the sustainability of the theatre. But the powers that be apparently saw no value in building a public-private partnership.

What role would the Fugard have played in future SA theatre?

The Fugard, in the south of the country, was a counter-balance to the Market in Johannesburg. Both theatres were founded as independent institutions. Both were founded by visionaries. Both were located in parts of the cities that were being revitalised. Both attracted diverse audiences with unique South African stories.

After the lockdown, the Market will survive in the shadow of its former reputation but supported by a department whose reputation is tainted.

The Fugard, unfortunately, will return to the ashes, locked, bolted and silenced. It will be a monument to how a failed department could not match public philanthropy.

The department could not support the theatre to reclaim its histories and enable its patrons to return to their roots so they could find healing. Yet social cohesion is a core mandate of the department.

Furthermore, the marginalisation of the independent theatre sector in SA raises questions about the department’s commitment to the constitutional values of freedom of speech and freedom of creativity.

• Mahomed was CEO of the Market Theatre Foundation at the time of the whistle-blower crisis.

• Ramsay is a performing arts lecturer in performance and voice and PhD candidate, University of the Witwatersrand.

This article was originally published by The Conversation.

'Health passport' could bring sport and concerts back to life

A Covid-19 rapid-testing station that opened at the V&A Waterfront in Cape Town this week, combined with a simple mobile app, may be the passport to ...
Business Times
10 months ago