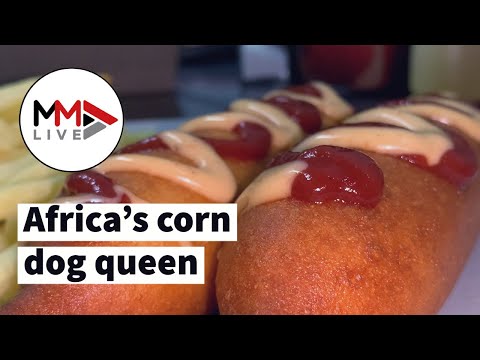 If you’re yet to taste this American classic, now’s your chance: corn dogs are being made and sold frozen in SA supermarkets by local entrepreneur Mabel Akinlabi, making her business Browns Foods the first and only corn dog producer in Africa.

Akinlabi started her business in 2019, after she spontaneously decided to make corn dogs for her daughter's 11th birthday party.

She initially thought she would buy them from somewhere and that's when the first penny dropped: there wasn't a single retail store in SA that sold them. After making them and seeing how crazy her daughter and her friends were about them, Akinlabi said her business idea was a no-brainer.

So what started off as corn dogs for 15 kids is now a growing business empire, with her corn dogs sold at Checkers and Spar stores in Gauteng, Mpumalanga, Limpopo and the North West.

The company also aims to have the corn dogs available at many more major retail stores countrywide by the end of 2021.