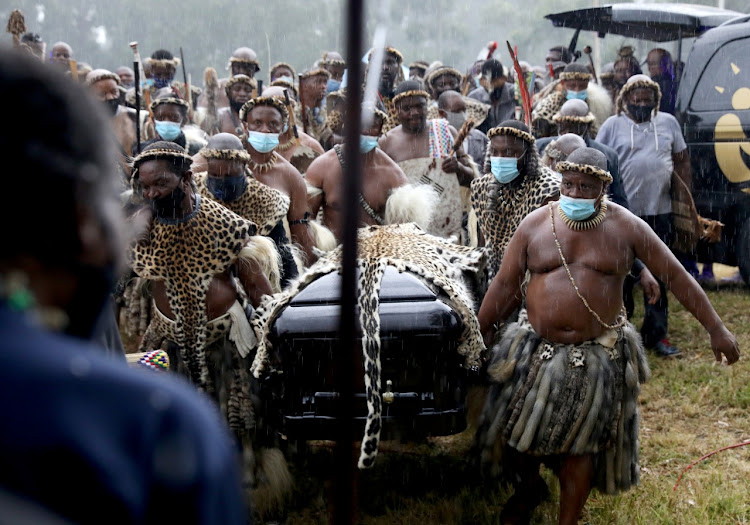 “A meeting of senior members of the royal family was held at KwaKhethomthandayo Palace on Saturday where various matters were discussed, including matters related to His Majesty’s will. It was decided that a meeting will be held on Wednesday morning with His Majesty’s lawyers, Buthelezi said in a statement.

“This is where the matter stands at present. Further updates will be provided after Wednesday’s meeting,” he added.

The king's will was read at a private family meeting on Friday that controversially excluded Buthelezi.

It was revealed by insiders that the king's successor will come from the Kwakhangelamankengane royal palace. This makes Prince Misuzulu the obvious choice as he is Queen Mantfombi's firstborn son, Sunday Times reported.

Prince Misuzulu is likely to be the next Zulu king after a will read out to the royal family on Friday revealed that the late King Goodwill ...
News
1 year ago

President Cyril Ramaphosa described the Zulu monarch as a unifier who advocated for traditional leadership and instilled a sense of pride among his ...
Politics
1 year ago

King Goodwill Zwelithini ruled the kingdom for almost 50 years. He was installed as the eighth monarch of the Zulus in December 1971.
News
1 year ago

AmaZulu prime minister Mangosuthu Buthelezi paid tribute to the late king at his memorial service at the KwaKhethomthandayo Royal Palace.
News
1 year ago