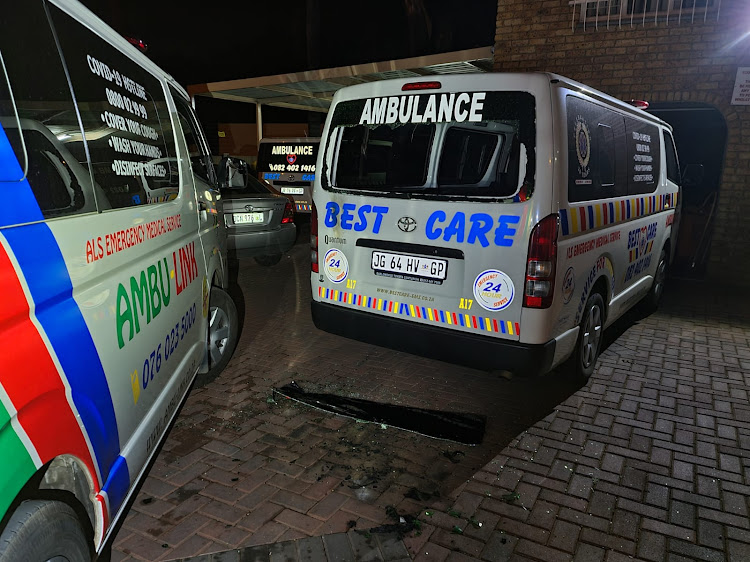 Two ambulances were petrol-bombed in Mountain View in Pretoria on Saturday evening.

Bestcare EMS spokesperson Xander Loubser said the incident happened at their premises at around 8pm.

“Two people threw what appeared to be home-made petrol bombs into our premises onto our emergency vehicles and ran off.”

The perpetrators were travelling in a white Renault Clio.

He said the company was working closely with private investigators to trace the perpetrators.

A cash reward will be given for any valuable information.

An ambulance that had been dispatched to Lion's River in KwaZulu-Natal came under attack from an angry mob on Christmas Day.
News
9 months ago

The Eastern Cape health department has called for police to prioritise the investigation of crimes committed against ambulance crews.
News
2 years ago