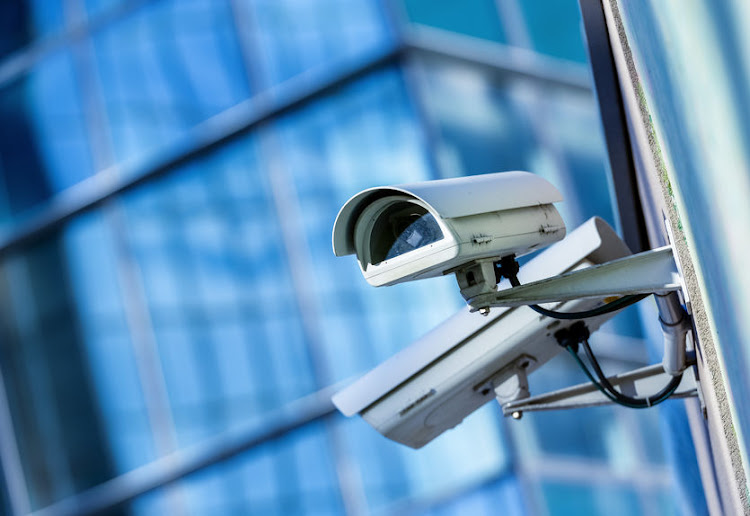 The house sitters were aware that there was a home camera system, says pet lover Zelda la Grange, who now wants to take action to regulate the industry. Stock photo.
Image: 123RF/PIXINOO

The National Council of Societies for the Prevention of Cruelty to Animals (NSPCA) is investigating a case of animal abuse after a dog owner released camera footage of her dog sitters abusing her seven-month-old boxer pup.

Two pet sitters are depicted in the video, first appearing to hit the dog, called Hector, before one of them grabs the pet by its skin and violently flings him out of the house through an open door.

Hector’s owner, Mel Coltman, had found the pair through a Hermanus community Facebook group when she asked for recommendations for a reputable dog sitting service.

In the video a man appears to hit the dog with a stick several times while shouting at it. A female can also be heard speaking to the dog in Afrikaans, appearing to be upset with it for coming into the house, saying: “Really now, Hector! You’ve been outside the whole time!”

After she says this, the man picks up the dog by the skin on its back and neck before throwing it through the air out of the door.

Neither responded to WhatsApp messages or phone calls made by TimesLIVE.

Cape Town firefighters have rescued a puppy stuck in a sewer pipe.
News
1 year ago

In a video posted on her Facebook page just after midnight, Coltman wrote the caption: “House and Pet Sitting WARNING”.

“I feel obligated to warn people using this couple as pet sitters after very disturbing video footage that we saw of how they treated our seven-month-old boxer puppy while we were away this weekend,” read the post.

“This is just a short clip, but not the only one where our poor Hector gets repeatedly beaten. Please feel free to contact me via Messenger should you want more information,” she said in the post.

When contacted by TimesLIVE later on Wednesday, Coltman said she would not be able to comment until she had finalised her affidavit regarding the incident.

“At this stage we are busy with legal processes and I have been advised to wait until that is concluded before taking on interviews or answering publicly to the details around this incident,” she said.

The NSPCA told TimesLIVE that they were “absolutely appalled at this despicable act of violence against an innocent animal”.

“There is no excuse for committing such a crime. Perpetrators of the Animals Protection Act are liable to punishment of a fine, imprisonment, or both,” said NSPCA spokesperson Keshvi Nair. “We are hopeful that our judicial system will hand down a sentence that is befitting for this atrocious act, and that the vile humans in the video will be denied ownership of animals in the future.”

There’s no law to regulate this, there’s not going to be any law and it’s not a priority, so we need to find a different way to regulate it.

Nair encouraged the public to report cruelty against any animal to their local SPCA or the NSPCA if there is no local society in their area.

Zelda la Grange, who was private secretary to former president Nelson Mandela, said she reached out to Coltman after seeing the video on a community Facebook group and decided to get involved.

“She put a post on the community group saying she’s looking for a reliable dog sitter. A bunch of people sent names, because everyone and their mother is a dog sitter these days, and then she got two recommendations from people who recommended these dog sitters,” said La Grange.

“They started using these people on and off over the past six weeks. She became aware at one stage that the dog was a little timid but she said it was nothing strange. She didn’t even notice it at the time, it’s only upon thinking back that she’s realised it.”

"All people seem to be grateful for my help. Some don't see anyone else for the whole day."
News
1 year ago

La Grange said the incident took place at the weekend when Coltman and her partner decided to go away for the weekend.

“When they got home yesterday they checked the footage because the dog was not looking itself. That’s when they came across this. That which you are seeing is a fraction of what was recorded. It was continuous beating with a belt,” said La Grange.

She said the dog did not appear to have done anything wrong, but the house sitters allegedly told Coltman that the dog snapped at them.

“But the [footage shows the] dog is trying to hide, it’s submissive and they just carry on [beating it]. It’s obvious that these young people said they could be dog sitters but they know very little about dog behaviour and obviously can’t handle a young boxer pup.”

She said the purpose of the social media posts, both by her and Coltman, was to make people aware of the conduct of the dog sitters so they don’t hire them in that capacity.

She said the video had since gone viral in the Hermanus community and people were extremely angry at the pair.

“I’m afraid that people may do harm to the dog sitters, which also isn’t the solution. I just told people last night to please calm down,” said La Grange.

She said lawyers have already come forward with a pro bono offer to help Coltman depose an affidavit and give her legal advice. La Grange said she wanted to use the opportunity to find a way to regulate the dog sitting industry.

“There’s no law to regulate this, there’s not going to be any law and it’s not a priority, so we need to find a different way to regulate it. Myself and a few friends who love dogs have decided to start doing something to get people verified so that not just anyone who wants can just become a dog sitter, or at the very least get training,” she said.

La Grange said she had also decided to get a therapist for the dog to treat the trauma caused by the abuse.

Animal protection group the SPCA has taken in a female dog which was reportedly being sexually abused by its owner, who has been arrested.
News
1 year ago

Blood on the walls as violent neighbour kills small-breed dog

A 36-year-old man has been arrested for the "sinister" killing of an old small-breed dog, belonging to a fellow resident in their Johannesburg ...
News
1 year ago