Nearly R85,000 was paid to 241 state employees in May last year after they were approved for the grant, the social development department has confirmed 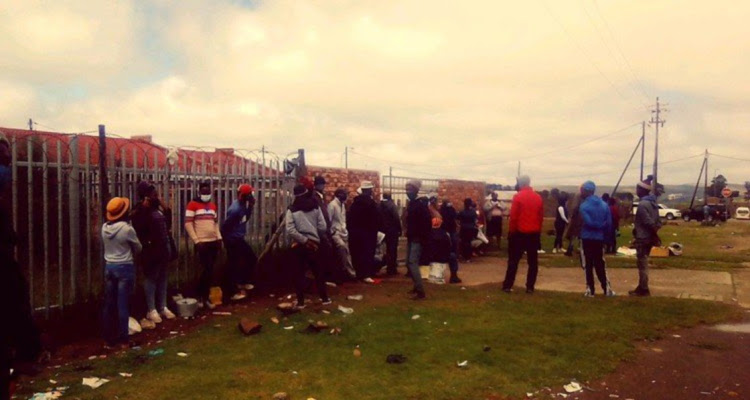 The DA has called for disciplinary and legal action against public service employees who, while earning full salaries, abused the grant intended for the most vulnerable and distressed members of society.
Image: Loyiso Dyongman

The DA has demanded action from the social development department as it investigates public servants earning full salaries who applied for the special R350 Covid-19 relief grant.

According to the DA, the social development department confirmed in a written reply to questions that nearly R85,000 was paid to 241 state employees in May last year after they were approved for the grant. The party said no action had been taken to recover the money.

In the response — to DA shadow deputy minister of social development, Dr Mimmy  Gondwe — deputy social development minister Hendrietta Bogopane-Zulu said the total number of government employees who received the Covid-19 grant payments as of February 2021 was 241. These payments were made in May 2020.

Gondwe had asked if the department had established the number of employees who were cited in the AG’s report last year.

According to the deputy minister’s response, as of the end of February this year, 39,672 government employees had applied for the grant. No disciplinary or legal steps have been taken against them because investigations have not yet been concluded.

“Subsequent applications were declined after they were flagged as possible fraudulent applicants that were not eligible for the grant. Investigation regarding this matter is ongoing and upon completion, Sassa will approach the relevant institution to recover the money and take appropriate disciplinary steps,” Bogopane-Zulu said in her response.

She added that Sassa would recommend disciplinary action and recover the money.

Last year, the auditor-general flagged 241 government employees who received the Covid-19 grant for May 2020. Bogopane-Zulu said this happened at the inception phase when Sassa did not have access to all the relevant databases. “Some of the databases were not up to date, partly because of the lockdown,” she said.

The department said Sassa has not yet concluded the investigation into the cases that had been flagged, but said a new system has been put in place to stop public servants from being able to receive the grant.

“Once the investigations have been concluded, the fraudulent cases will be referred to the relevant government departments and Sassa’s debt management unit to recover the money from implicated people,” the department said in the parliamentary response.

With that new system, the applications of 39,672 government employees who applied for the grant were declined. Sassa said it is still awaiting the Government Employees Pension Fund database, which will strengthen the ability to verify applicants.

“Decisive disciplinary and legal action must be taken. The SRD grant is intended solely for the most vulnerable and distressed members of our society and should not be open to abuse by public service employees who are drawing a monthly salary,” Gondwe said.

According to the department, Sassa received numerous complaints from people whose ID numbers were used to apply for the Covid-19 grant without their knowledge.

According to Bogopane-Zulu’s response, some government employees submitted applications to test the system or to assist applicants to apply as all applications were submitted electronically.

Jessie Duarte says eNCA must issue an unambiguous commitment to no longer tolerate racism within its ranks.
Politics
1 year ago

The government has relied on coercion in its response to the Covid-19 pandemic instead of community engagement, according to a survey released on ...
News
1 year ago

Germany is set to extend a lockdown to contain the Covid-19 pandemic into its fifth month, according to a draft proposal, after infection rates ...
News
1 year ago