'I deal with discrimination every day': Ndebele activist Thando Mahlangu

He doesn't only wait for Heritage Day to publicly demonstrate his culture, but that means he constantly has to explain why he dresses the way he does 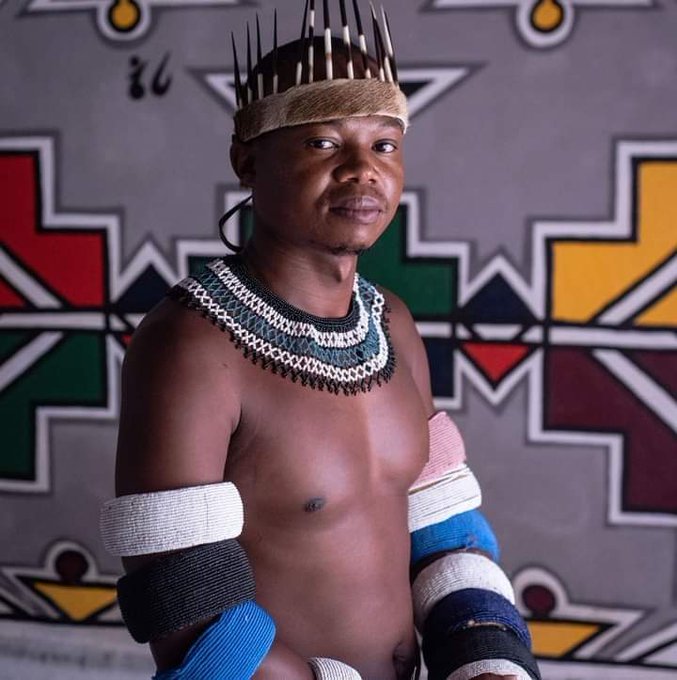 Having doors shut in his face and being refused entry to stores — and sometimes even being physically dragged out — is part of Thando Mahlangu's constant struggle.

The Ndebele activist was thrust into the spotlight this week after he was told to leave the Clicks store in the Boulders Shopping Centre in Midrand because, according to the centre manager, he was dressed “inappropriately”.

But, Mahlangu told TimesLIVE on Thursday night this was an almost daily occurrence whenever he left his hometown of KwaMhlanga in Mpumalanga.

“I deal with it every day. I always have to explain why I’m wearing my traditional attire,” he said.

On Wednesday, Mahlangu, 35, was stopped from doing his shopping at the centre. He was clad in traditional Ndebele clothes: traditional underwear, a blanket draped around his shoulders.

In a statement, the shopping centre said to have approached Mahlangu after receiving complaints from other patrons, but Mahlangu dismissed this.

This is not the first time Mahlangu has been publicly confronted for his clothing.

In 2018, he was barred from boarding the Gautrain because his traditional outfit was deemed inappropriate. After this incident, Mahlangu said he was so depressed he didn't leave his house for six months.

A Midrand mall manager who humiliated Ndebele activist and author Thando Mahlangu by hounding him out of a shop over his traditional attire has been ...
News
1 year ago

“What happened yesterday [at Boulders] brought back all that trauma and humiliation I felt in 2018. What made this even worse is that a fellow black, African brother is the one who was behind me. This is the person I expected to have my back, and possibly protect  me,” he said.

Mahlangu said he always wears his traditional attire and has not encountered any problems in his home town. The difficulties come when he steps out of his area.

“Shops, malls, shopping centres in KwaMhlanga never give me a problem. I don’t know if they are tolerant towards me because they are also Ndebele and understand our culture,” he said. “I’m one person who doesn’t have to wait for Heritage Day to celebrate my culture and tradition. This is my lifestyle.”

Mahlangu said he doesn’t wear “Western clothes”, apart from old items which he bought several years ago before he became a cultural activist, when he is busy with his paintings or household chores.

Some of the previous discriminatory incidents he said he has been subjected to include being barred from entering a suite at the FNB Stadium in Johannesburg, and some stores in the city and in Pretoria refusing him entry.

“There was a time when I told myself that Joburg and Pretoria don’t love me or appreciate my culture because I experience the most horrible treatment whenever I visit these areas,” he said.

But the support he received after this week's incident has instilled hope in him, and he saw — publicly on social media — that there are South Africans who respect and appreciate Ndebele culture.

“What I want is for everyone to appreciate and preserve their culture. The support I’m seeing is encouraging me to continue what I’m doing,” he said.

'Any form of prejudice, particularly in respect of African cultures, is an antithesis of our founding tenets as a constitutional democracy,' said the ...
Politics
1 year ago