“The accused should not threaten witnesses, should not contact witnesses nor apply for passports or any other travel documents from today,” said magistrate Sipho Sibanyoni.

The accused submitted to the court that they are permanent residents in SA, their families are in SA, and “there is no concrete evidence before this court that should the applicants be released, they will threaten witnesses”,

The case was postponed to May 21 for further investigation. 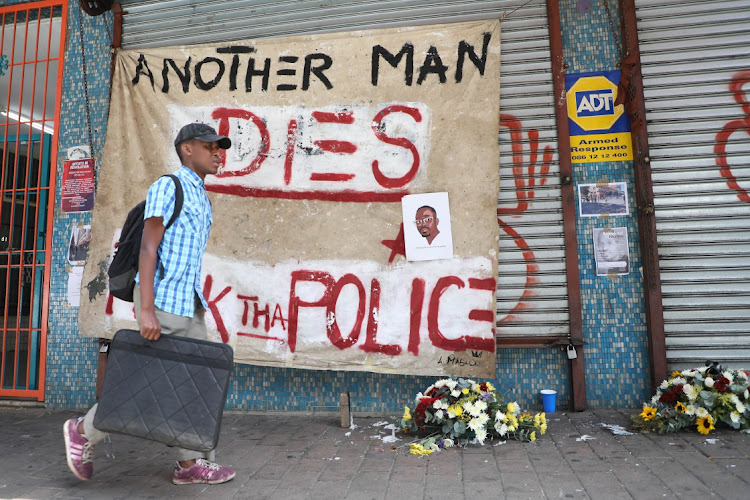 A poster for Mthokozisi Ntumba at the scene where he was allegedly killed by police officers in Braamfontein, Johannesburg.
Image: ANTONIO MUCHAVE

Ntumba died when the police fired rubber bullets at protesting Wits University students. He was shot while leaving a clinic in Braamfontein.

The four accused are facing charges of murder, attempted murder and defeating the ends of justice.

Mthokozisi Ntumba's postmortem confirmed that he died of a firearm injury to the chest, according to an affidavit from an Ipid investigator.
News
1 year ago

Four officers from the public order policing unit appeared in the Johannesburg magistrate’s court on Wednesday in connection with the death of ...
News
1 year ago

Three of the four police officers accused of killing Mthokozisi Ntumba have had previous brushes with the law, including attempted murder and drunken ...
News
1 year ago