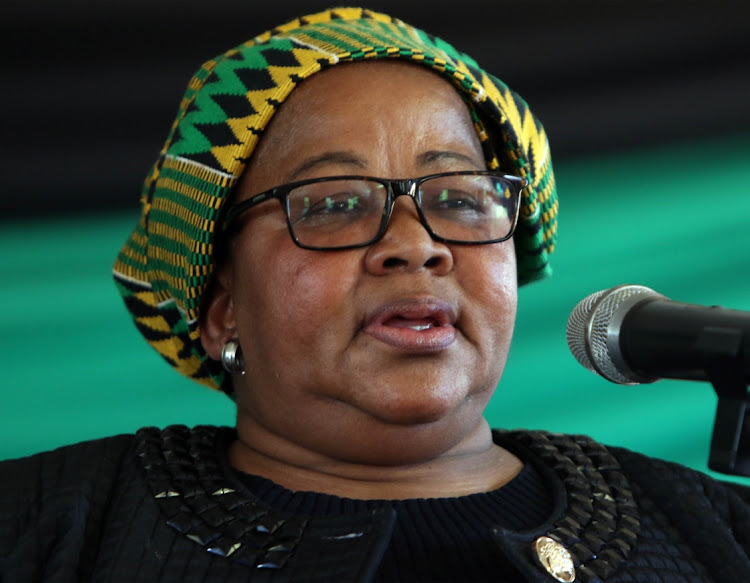 Traffic officers will be equipped with body cameras and drones in a bolstered effort to curb the number of road fatalities during the Easter weekend.

Deputy transport minister Dikeledi Magadzi confirmed the use of this technology during the Monday launch of the country's 2021 Easter road safety campaign at Bapoba Mogale tribal authority in the North West.

“We are now ready to issue our traffic officers with body cameras to support them in evidence gathering and improve the conviction rate for violations of traffic laws. As the Road Traffic Management Corporation (RTMC) rolls out the use of body cameras within the fraternity over the next three to five years, we aim to improve the levels of service and ensure that this is executed to serve and protect our road users,” Magadzi said.

Magadzi said the cameras will also act as a deterrent for corruption, such as the soliciting or acceptance of bribes from motorists.

“Every interaction a traffic law enforcement officer has with a motorist will be recorded. Starting this Easter, there will be nowhere to hide for those who live beyond their means and finance their lavish lifestyles through bribes, at the expense of law-abiding citizens on the roads,” she warned.

Alcohol industry raises concern over possible ban ahead of Easter

The SA alcohol industry has raised concerns over a possible liquor ban ahead of the Easter long weekend.
News
9 months ago

She said traffic law enforcement would not be an enrichment scheme for unethical, unscrupulous, greedy and corrupt officers who undermine efforts to enforce discipline on the roads and halt the carnage.

“We also have plans to strengthen our e-law enforcement by investing in drones. These drones will assist us to proactively identify hazards on the roads, and to identify motorists who are driving recklessly and at unacceptably high speeds,” she warned.

She said officers will then be deployed strategically to respond using live intelligence supplied by drones.

She said consultations are still ongoing with the justice crime prevention and security cluster to ensure that evidence gathered through the use of drones was admissible and would lead to a higher conviction rate.

Six people were killed in a vehicle accident just hours before the launch.

Magadzi said: “The four-day Easter weekend is a period where we lose no less than 230 lives each year. In 2020, despite the hard lockdown and travel restrictions, 38 people lost their lives.

“This is a tragedy that could have been avoided. We must work harder to reverse the tide and preserve human life on our roads.”

Magadzi said the government cannot continue using the same tactics that have not worked in the past, hoping to achieve different results.

She said the coronavirus pandemic has brought about unprecedented challenges, not only to the economy, but to the day-to-day operations in many sectors, including transport.

“The relentless assault and threat to human life by the Covid-19 pandemic requires of us to sustain our vigilance and not give in to fatigue in adhering to health protocols and embracing the new normal.”

She said that the majority of fatal crashes occur at night. “More than 70% of the hit-and-runs happen at night.”

Mom and 2 children among six dead in Welkom horror crash

Six people died after two vehicles collided on the R30 outside Welkom in the Free State on Sunday morning.
News
9 months ago

Magadzi encouraged road users to avoid travelling at night, not only to observe the curfew hours but also keep safe from the hazards that are mostly prevalent at night.

“From the road crash information analysed, one in five fatal crashes are simply single vehicles overturning. This is driven by various contributory factors, which include excessive speeding, fatigue, drinking and driving, driving under the influence of narcotics, as well as overloading of passengers and goods,” she said.

She said the RTMC has estimated that the country has lost more than R143bn due to road accidents in 2020.

The country ended the 2020 festive season road safety campaign on a positive note after eight provinces recorded a decline in road fatalities.

Mbalula said more than half of the fatal crashes occurred on Friday, Saturdays and Sundays.

At least 18 people were arrested in KwaZulu-Natal for drunk driving over the long weekend.
News
10 months ago

Things we should all be mindful of when operating a motor vehicle.
Motoring
11 months ago

A police constable who allegedly demanded R20,000 to release a vehicle stolen during a house robbery in Pretoria was expected to appear in court on a ...
News
1 year ago