Close to 100 vervet monkeys were confiscated from a rescue centre in KwaZulu-Natal which had been operating without an official permit.

A joint operation between Ezemvelo KZN Wildlife and the Society for the Prevention of Cruelty to Animals (SPCA) saw the primates safely rescued on Monday from the Umsizi Umkomaas Vervet Monkey Rescue Centre on the KZN south coast.

In a statement on Tuesday, Ezemvelo said the owners of the centre had contravened two sections of the Nature Conservation Ordinance in that they had failed to obtain an official permit to keep the monkeys in captivity. They also failed to adhere to the 21-day notice to remove the primates from the facility.

“The owner was charged yesterday and was given a R1,500 fine.”

Ezemvelo said its consulting team walked around the property viewing all occupied outdoor enclosures, which each housed between five and 30 monkeys.

“In one enclosure next to the kitchen, there were multiple monkeys housed in an extremely small (3.5m x 2m) and dark outdoor area with no sun availability and no perches (except for one beam which was attached to broken and rusting steel mesh).

“The walls and floors were covered in old faecal matter and had to be swept out by the consulting team before catching could begin.

“The team noticed a male which was looking lethargic and caught him up immediately and boxed him as an individual. While the rest of the catching was done, this male was monitored throughout.

“Catching was particularly difficult in this enclosure as multiple areas of roofing were rusted and damaged as well as having broken mesh in and around the enclosure.” 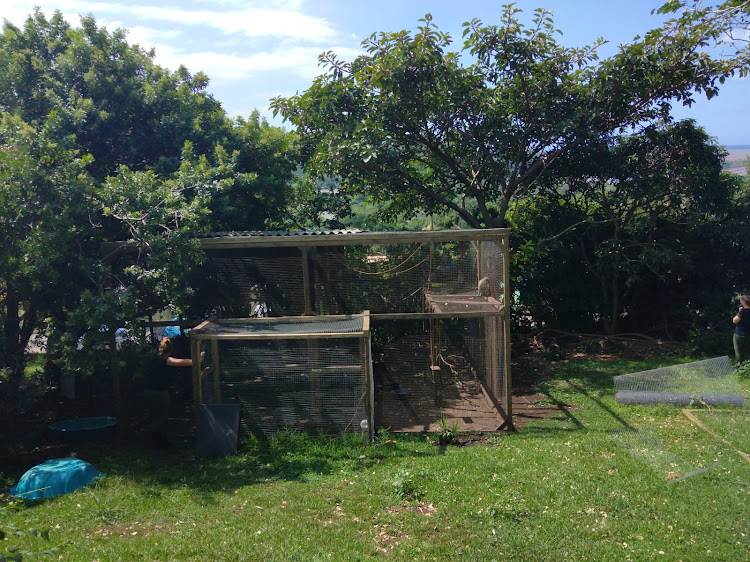 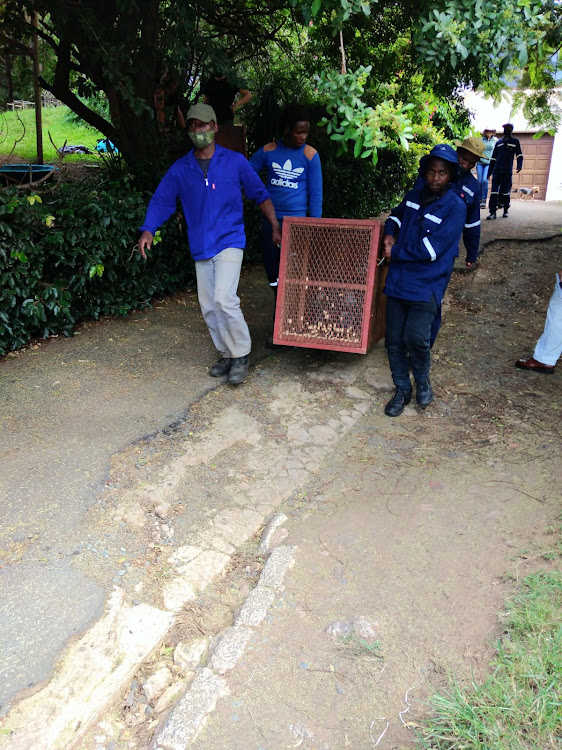 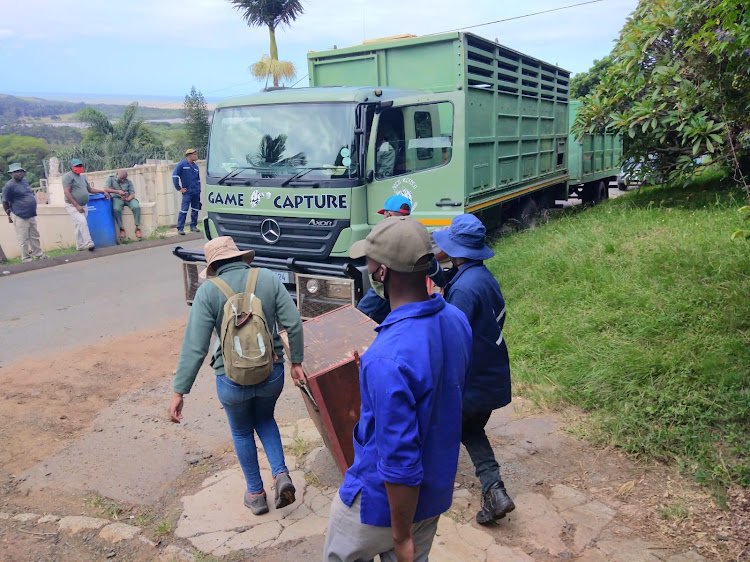 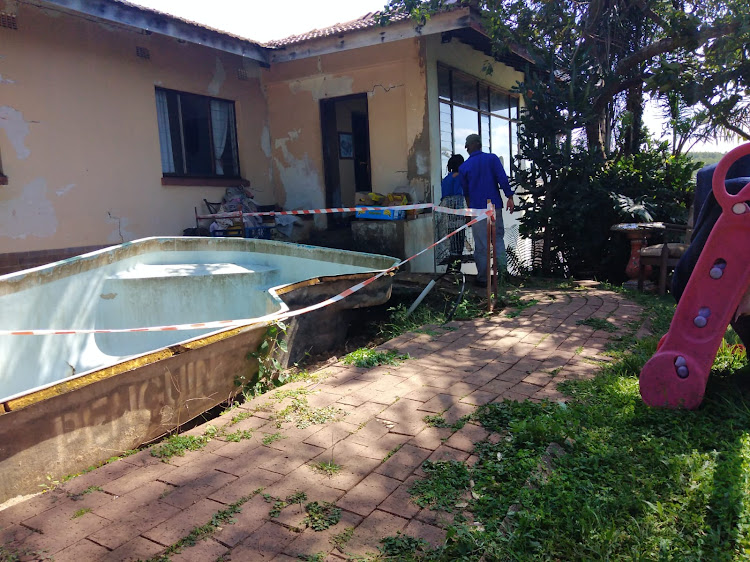 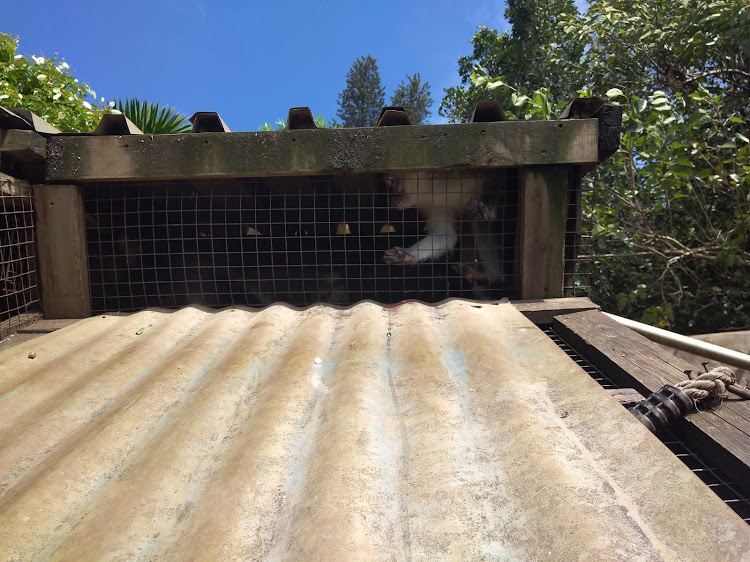 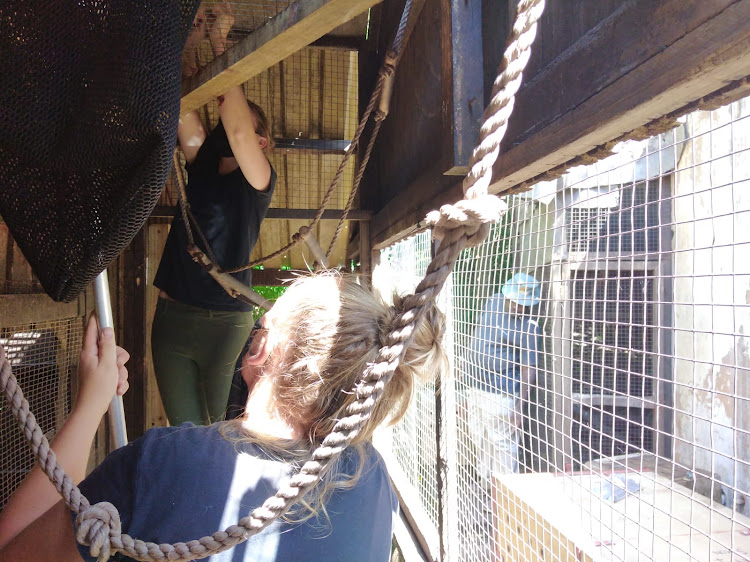 Ezemvelo said the fourth enclosure showed the most obvious health and safety concerns for the six monkeys occupying it.

“Large nails were sticking out of the walls, rotting roofing and broken floor boards allowed for monkeys to hide in these unsanitary, unsafe areas. One monkey caught its cheek on an exposed nail.”

Ezemvelo eThekwini district conservation manager Dr Roy Jones expressed his appreciation to SPCA and all officials involved in the rescue of these monkeys.

Jones warned that Ezemvelo will continue to confiscate animals that are kept without official permits.