Days after the deadly assault by rebels, six South Africans, and the remains of Adrian Nel, have been brought home 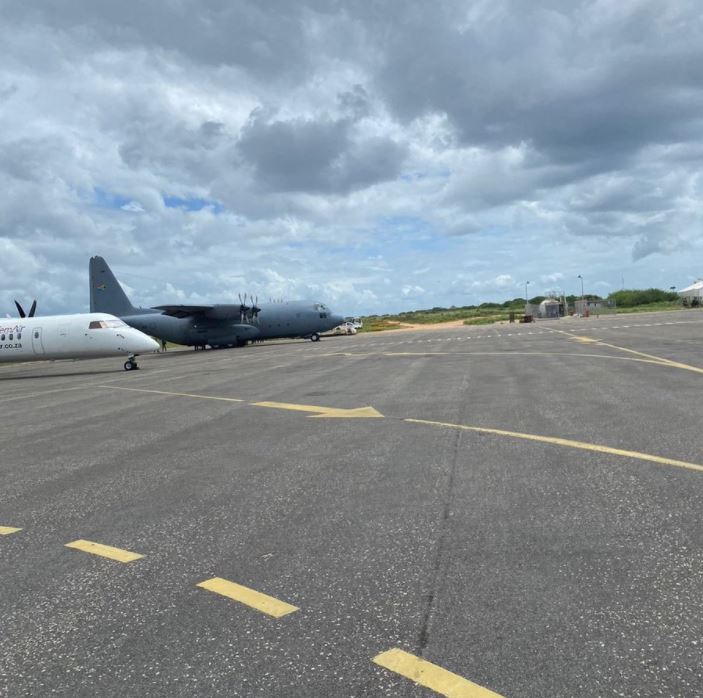 An SA Air Force C130 on the tarmac at Pemba airport ahead of the repatriation of six South Africans and the body of Adrian Nel
Image: Twitter

The SA Air Force has repatriated six South Africans and the body of fellow citizen Adrian Nel, who was killed by insurgents who attacked the Mozambican town of Palma.

The repatriation took place after heavily armed rebels, who are reportedly linked to the Islamic State, overran the town during a six-day battle.

The fighting is believed to have seen hundreds killed and injured with an untold number of people, including expats, who were working on a $60bn (R900bn) gas project run by French company Total on the nearby Afungi peninsula, missing.

On Tuesday in a statement, department of international relations and co-operation spokesperson Clayton Monyela said the repatriation was carried out by the air force.

“This follows the successful evacuation of six more SA nationals and the repatriation of the mortal remains of the SA man who perished in the attacks.

“The SAAF plane flew from Mozambique to KwaZulu-Natal and thereafter to Gauteng.”

43 South Africans 'accounted for' after attacks on Mozambican town

Some of the SA nationals are already back home and others have been moved to safe areas within Mozambique, said Dirco spokesperson Clayson Monyela.
News
8 months ago

Thousands of people have been fleeing attacks by heavily armed rebel forces in Palma, Mozambique, since March 24. The town is a hub for major gas ...
News
8 months ago