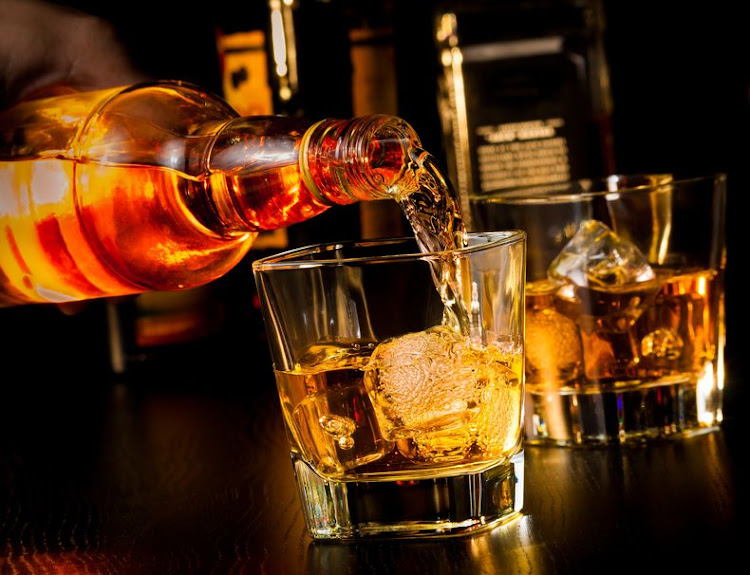 The NPA's acting head in Mpumalanga allegedly handed over a boxed 18-year-old bottle of whisky to a prosecutor to make a case go away. Stock photo.
Image: 123RF/Donato Fiorentino

Their bail application will continue in the Pretoria magistrate's court on Thursday after the state’s application for a seven-day postponement was refused on Wednesday.

The three allegedly colluded to bribe a prosecutor to withdraw charges faced by Masange for contravening the Immigration Act and fraud.

Masange was detained by home affairs and subsequently arrested by the police in 2020 for allegedly being in the country illegally and using fraudulent documents which earned him a top position at the department.

The Public Servants Association of SA has lashed out at the department of home affairs for suspending a senior bureaucrat involved in investigating ...
News
1 year ago

Senior state advocate in the organised crime unit of the office of the Gauteng director of public prosecutions Andrew Mphaga, who was assigned to prosecute Masanga's case, was approached by the accused to withdraw the case.

It is alleged that on the March 23 Luphondo handed the prosecutor an 18-year-old bottle of Glenfiddich whisky in its box worth R1,550. Also inside the box was R5,000 in cash and Luphondo allegedly said there was more where that came from.

The state further alleges that on March 27, Plaatje telephoned Mphaga and asked to meet him at the R21 on-ramp/Nelson Mandela Road off-ramp at Fountains, where R28,000 in cash was handed to the advocate.

The state will oppose bail and said the security of the main witness was compromised.

The state said it was busy assessing and ensuring the security of the witness.

Public servant arrested for being an 'illegal immigrant' released on warning

A senior government official in Mpumalanga, who was arrested for allegedly being in the country illegally and in possession of three ...
News
1 year ago

“While the NPA is disappointed that any of its officials is entangled in such allegations — in conflict with our new values, which are anchored on high ethical conduct, integrity and credibility — we take pride in the men and women who are resolute in defending our new vision,” Ngwema said.

“It is encouraging that there were prosecutors and investigators who acted swiftly and with honesty and strong moral principles in defence of our values and the law.”

Hawks spokesperson Col Katlego Mogale said cases being handled by the accused colonel would be redistributed to other members.

“I believe that once they get granted bail, internally our processes will have started. Some of the cases that the colonel was in charge of will be redistributed to other members to take care of,” she said.

Hide behind the law, not politicians, AG tells accounting officers

Eleven cases of conflict of interest have been found in one national department, the Public Service Commission's Michael Seloane said on Tuesday.
Politics
1 year ago