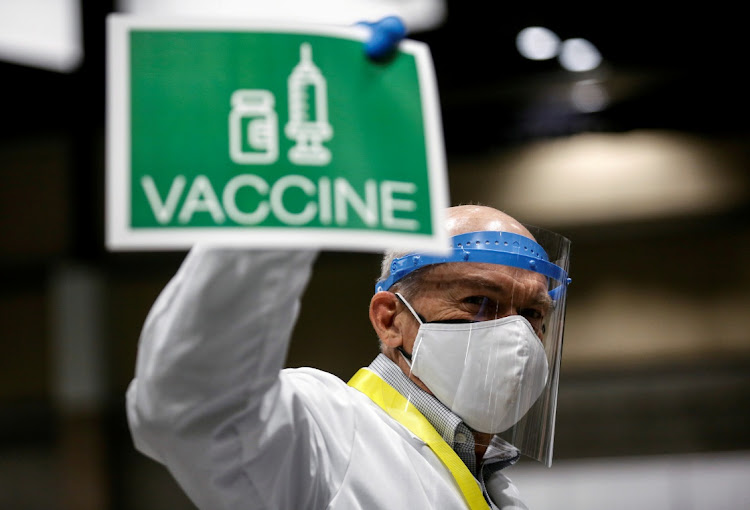 More than 10 million people have been vaccinated as Africa heads towards a third wave of infections.
Image: REUTERS/Lindsey Wasson/File Photo

Africa has secured 400 million doses of J&J Covid-19 vaccines — enough to vaccinate more than half its target of 750m people — as it edges towards the third wave of infections, said Africa CDC director, Dr John Nkengasong, at his weekly coronavirus update on Thursday.

More than 4.2 million cases of Covid-19 have been reported in Africa and more than 112,820 deaths, accounting for 4% of deaths reported globally. Africa has reported 3% of the world’s Covid-19 cases.

Overall death rates have decreased by 13% in Africa in March, but 21 countries have case fatality rates higher than the global average of 2.2%.

To date more than 10 million Africans have been vaccinated and 39.1 million doses have been acquired by the African Vaccine Acquisition Task Force (AVATT). The vaccination target for the continent is 30%-35% of the population this year and 60% of the 1.2 billion people living in Africa in total.

India’s decision to halt the export of AstraZeneca vaccines — the vaccine acquired by the COVAX vaccine sharing platform for low- and middle-income countries — puts the 30% target for 2021 at risk. 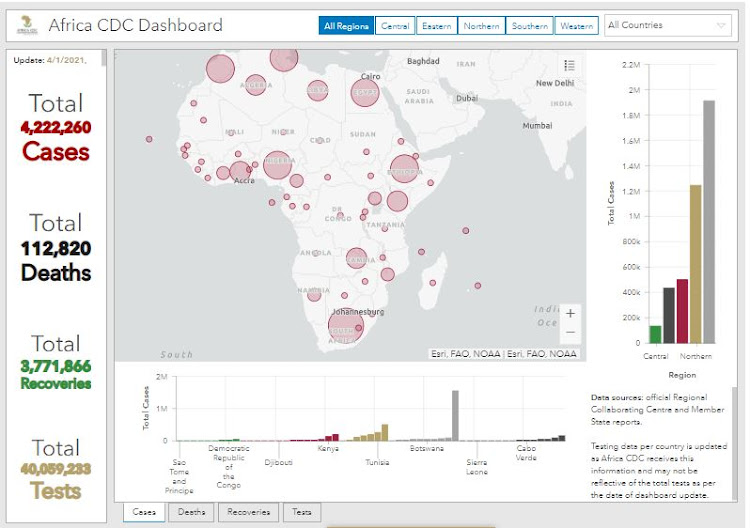 More than 10 million people have been vaccinated as Africa heads towards a third wave of infections.
Image: AfricaCDC

“This will definitely affect our ability to continuously vaccinate people,” said Nkengasong. “If the delay continues, and I really want to hope it is a delay and not a ban because that would be catastrophic, meeting our vaccination schedule would become problematic.”

The J&J vaccines, being manufactured at the Aspen Pharmacare plant in Gqeberha, are expected only from June to July onwards.

“The timeline from now to June is a critical gap and, if we do not fill that gap, this might affect our targets.”

The Africa CDC chief said: “Through AVATT we have signed and finalised with J&J to supply the continent with more than 400 million doses, beginning in the third quarter of this year. They will have 220 million doses available, with the option of increasing this by 180 million.

“All the vaccinations secured are through COVATT and AVATT. COVAX will supply about 30% of the target and AVATT will do its best to complement that and bridge the gap to reach at least 60% (of the population).”

He added: “We are in discussions with Sinopharm and Pfizer but, until we sign an agreement, we don’t have those vaccines.”

By Thursday 28 countries had received more than 16 million AstraZeneca doses from COVAX, and 20 countries had secured vaccines outside COVAX through bilateral agreements.

New infections in Africa rose again in March (1-25 March) by an average 3%, switching from an average decrease over the past months to an increase again.

The regional breakdown shows new cases are concentrated in East Africa, while Southern Africa has the biggest average declines:

Nkengasong welcomed stringent measures to control Covid-19 imposed by Kenya in its third wave and Ethiopia in its second wave.

A new survey by the Partnership for Evidence-Based Response to Covid-19 in 19 countries found that 90% of people were still willing to support individual safety measures, like masks and handwashing. But the support for restrictions on social gatherings and movement had dropped drastically, from 65% to 53% (social gatherings) and 64% to 54% (movement).

“Income loss has severely and largely worsened since August,” said Nkengasong of the findings.

“Two thirds said they would definitely or likely get a Covid-19 vaccine, but this varied across countries,” he said.

More than half the people surveyed “thought that health-care workers should be avoided because they might transmit Covid-19”, said Nkengasong, adding that this stigma must be overcome.

On variants, the Africa CDC repeated that the more transmissible variant (detected in SA) was spreading in Zimbabwe and Botswana, and variants had been detected in 18 countries, but this was not the same as being the dominant strain.

A variant with a large number of mutations, originating from Tanzania and detected in Angola, could reduce vaccine efficacy as the others have done. “We do not know yet how far it has spread but the surveillance network is working on this,” said Nkengasong.

He urged people to continue to practise public health measures like mask wearing, hand washing and avoiding crowds “without which we cannot bend the curve” of infections downwards.

“During the first wave on the continent it was almost difficult to find somebody who knew somebody who had died of Covid-19. During the second and third waves, everybody knows somebody who has died. That is the difference,” said the Africa CDC chief.

“The situation has changed significantly on the continent. We cannot relent. We cannot give in with respect to implementing good public health measures. That is the protection we have for now.”

For all the latest coverage on the Covid-19 pandemic.
News
1 month ago

In mutant variants, has the coronavirus shown its best tricks?

Scientists say it's "plausible that Covid-19 has a relatively limited number of antibody escape mutations it can make before it has played all of its ...
Lifestyle
1 year ago

Brazil has detected a new Covid-19 variant in Sao Paulo state that is similar to the one first seen in South Africa, the head of the state's Butantan ...
News
1 year ago