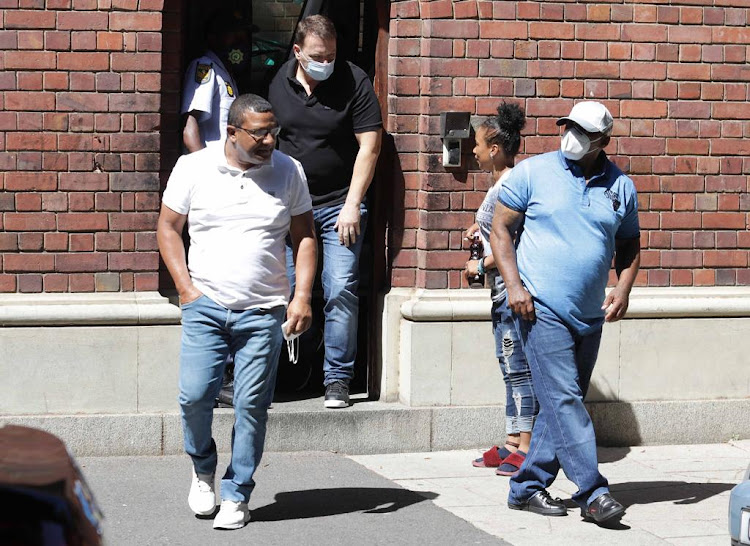 Another suspect linked to the murder of “Steroid King” Brian Wainstein has been arrested.

Wainstein was shot dead in his home in Constantia, Cape Town, on August 18 2017. He was killed in front of his partner and two-year-old child.

The suspect apprehended on Thursday is the 17th person arrested in connection with the murder.

Police spokesperson Col Katlego Mogale said the 42-year-old suspect was “alleged to be a 27 gang member”. The suspect will appear in the Cape Town magistrate’s court on Tuesday.

“He was arrested by a multidisciplinary team led by the Hawks serious organised crime investigation together with crime intelligence and other Hawks investigating teams in Cape Town,” said Mogale.

Members of an alleged syndicate known as "the Jerome Booysen Enterprise" handed themselves over to the police on Thursday as the Hawks launched their ...
News
1 year ago

“The team was supported by members of visible policing. The assortment of charges include the alleged murder of Brian Wainstein, reportedly known as the ‘Steroid King’.”

“The suspect will be joining his 16 co-accused, three of whom, namely Mark Williams, Jerome Booysen — also known as ‘Donkie’ — and Williams Stevens, were arrested on December 22 2020 and released on R100,000 bail each. William Stevens known as ‘Red’ has since been shot and killed.”

The matter will be back in court on May 12.

Four alleged underworld characters and a police officer appeared in the Cape Town magistrate’s court on Tuesday after they handed themselves over to ...
News
1 year ago