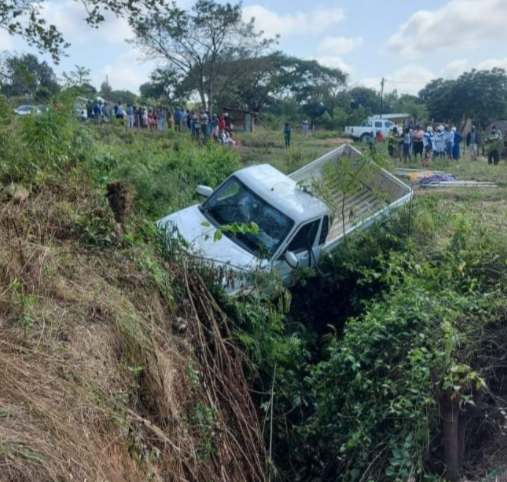 Three people died and 14 others were injured when a bakkie carrying mourners overturned in Mpumalanga on Friday.

“The crash occurred when a light delivery vehicle overturned on the R40 road between Hazyview and Marite around 8am,” said department spokesperson Moeti Mmusi.

“Two people were declared dead at the scene while the third person died at the hospital.

The group of travellers were part of a funeral procession from one of the farming areas.

While the cause of the crash was still being investigated, it was suspected that the driver may have lost control before the vehicle overturned.

Community safety, security and liaison MEC Vusi Shongwe reiterated the call for motorists to obey the rules and drive cautiously.

He stressed that tragedies such as this were avoidable. Shongwe conveyed his condolences to the families of the deceased and wished a speedy recovery to the injured.

Transport minister Fikile Mbalula said there were 28 road users killed this year, but comparisons with last year are 'futile' as there was far less ...
Politics
1 year ago

In future, misbehaving SA motorists will be less likely to get away with paying “coldrink” bribes to avoid getting arrested or paying hefty fines
Motoring
1 month ago

What a rollercoaster of a year it has been in Mzansi.
News
4 months ago
Next Article