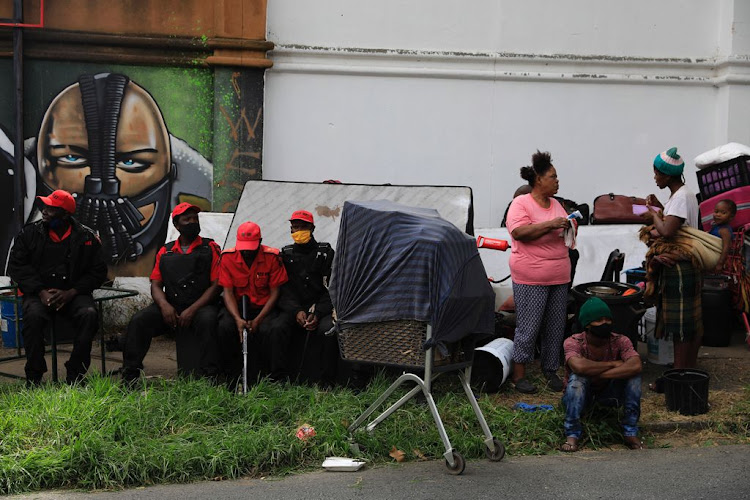 People were evicted by court order from a property on Bompas Road, Dunkeld, on Tuesday.
Image: ALON SKUY

The City of Johannesburg’s displaced unit within the social development department is assessing the situation and trying to see how they can accommodate people who were this week evicted from a private property in Dunkeld West, Johannesburg.

This is according to local ward councillor Martin Williams, who said he will visit the evicted people with city officials later on Wednesday.

“The city is checking the number of beds they have at their facility in Wembley and will offer the displaced people accommodation there if they agree,” Williams said.

He said he would visit them later on Wednesday together with city officials to make sure those who need assistance with accommodation are assisted.

Williams said most of the occupants were reported to be Lesotho nationals. 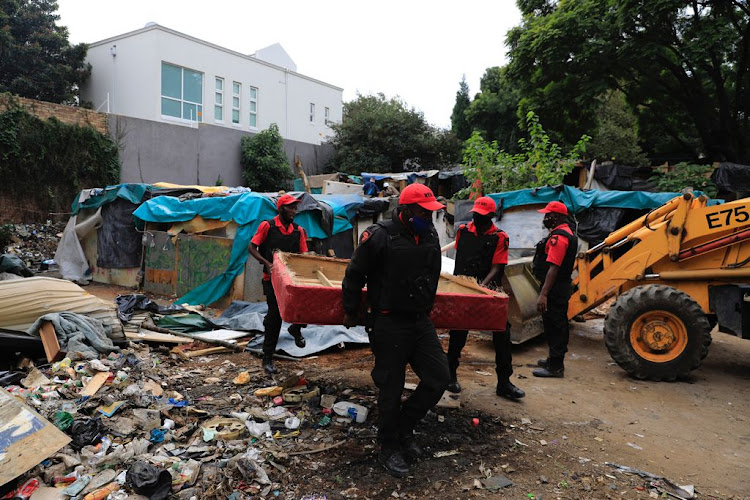 The property had been illegally 'hijacked' by squatters.
Image: Alon Skuy/Sunday Times

On Tuesday, an estimated 50 people were evicted after they illegally occupied the private property in the plush northern suburb. The owner, who is believed to be overseas, had obtained an eviction order from the courts. It was executed by the private evictions company the Red Ants.

Noise, illegal brewing and drinking are alleged to have been a daily occurrence at 21 Bompas Road, the property illegally taken over by the occupants.

Williams told TimesLIVE the house had been a headache since 2017, when three people illegally took occupancy — and the number kept growing.

Williams said since then, he had received many complaints from residents in the area, ranging from noise to drinking and unruly behaviour by occupants at the property.

“In March 2017 I formally asked for a problem property file to be opened for 21 Bompas Road and for entities to investigate. It is an owner-abandoned, derelict and half-demolished health hazard. There were about 55 people living there illegally in unsanitary conditions,” Williams said.

He said in July 2017 a woman’s body was found there with stab wounds. 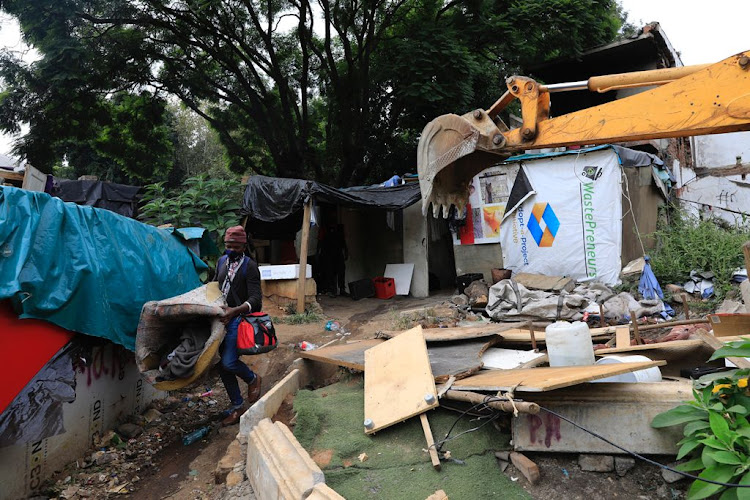 Prior to this week, Williams said he had tried everything in his power to get city authorities to get involved to remedy the situation, but said they were not successful due to limitations on what they can do on private properties.

“I have been there with successive regional directors and members of mayoral committees. Leading figures in citizen relationship and urban management, environmental health, Johannesburg Metropolitan Police Department (JMPD) and developmental planning have been there, as have group forensic investigations services, whom I asked for assistance. The police are frequently called,” he said.

JMPD spokesperson Xolani Fihla said their officers were not involved in the eviction but had stepped in to ensure traffic flow was not affected on the road when the evictions were taking place.

The hijacking of  houses in Johannesburg’s middle-and upper-class suburbs has cost the owners millions of rand and hit property prices in certain ...
News
1 year ago

An elderly Johannesburg man living next door to a suburban house hijacked by squatters has boarded up his windows and barricaded its doors with ...
News
1 year ago