Image: 123RF/Goran Bogicevic The trio of robbers stormed into the church and help up congregants at gunpoint. Stock photo.

Van der Westhuizen, an ex-police officer, allegedly drew his firearm and fired shots at robbers who had targeted churchgoers in a botched robbery in 2020. Two suspects were killed and a third fled.

According to Van der Westhuizen’s lawyer, Ulrich Roux, he received a text message — and confirmation from the investigating officer — that the case was “closed”. However, there was confusion as police spokesperson Brig Mathapelo Peters was adamant both the robbery case and the shooting case remained open.

Roux said on Tuesday the police confirmed during their investigation that Van der Westhuizen’s actions in all probability resulted in the prevention of innocent churchgoers being hurt or killed by the robbers.

He said charges against his client were withdrawn and the docket had been closed by the police. He later sent TimesLIVE a text message from the police which states “all leads followed up” and “case closed”.

“Docket will be reopened upon new leads,” the message reads.

Roux said the investigating officer also confirmed to him the case was closed and the charges were “withdrawn”.

Querencia Ministries pastor Kobus Erasmus told TimesLIVE on Wednesday he was glad the system has "cleared" Van der Westhuizen over the July 2020 incident.

“We are glad the system is also free and righteous because he helped us that day. We are happy, glad and thankful and we think this was the grace of God that helped us through this,” said Erasmus.

But Peters said this was not the case at all. “Police have noted a media report suggesting the closure of an inquest docket that was opened alongside a business robbery case following an incident on July 26 2020, when two suspects were fatally shot inside a church in Wierda Park, Centurion.

“Police hereby wish to confirm both these cases in reference are still open and under investigation,” she said.

Peters said an investigation into how the information of the case being closed was shared to Roux had also been launched.

“An internal investigation is under way to establish how the legal representative of the congregant who is reported to have shot the alleged robbers was allegedly informed by the Wierdabrug police that his client had been cleared.”

TimesLIVE’s attempts to contact the investigating officer on Thursday evening and Friday morning were unsuccessful. 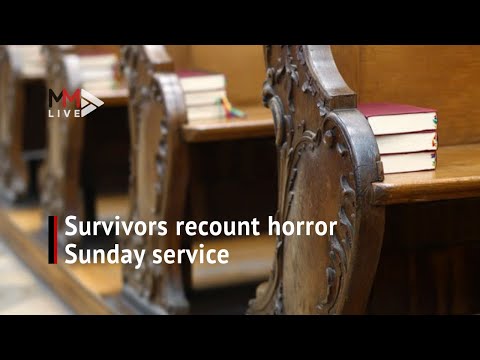 Erasmus said it took a few months for the church to recover and some members were still edgy due to the incident.

“We are taking this as a testimony of what the Lord has done, so it’s not the trauma but the testimony that stands out for everyone. We change it from trauma to testimony and that helped the assembly to go through this thing without any fears. The assembly grew like nothing because of this,” he said.

“I don’t think Pieter has the ability himself to do what he did. There is no doubt that even with all his skills, it was the Lord who helped him to defend us.

“It’s unfortunate there was a loss of life but it was between them and us.

“The people moved on and it is now a big testimony for everyone.”

According to earlier police reports, three suspects stormed into the church during a service and robbed congregants at gunpoint. They repeatedly pistol-whipped the pastor  before forcibly taking valuables from members of the congregation. Erasmus sustained minor injuries and was treated on site.

The police recovered one firearm at the scene.