Cyril and the soft-shoe shuffle, plus five highlights from ‘Vrye Weekblad’ 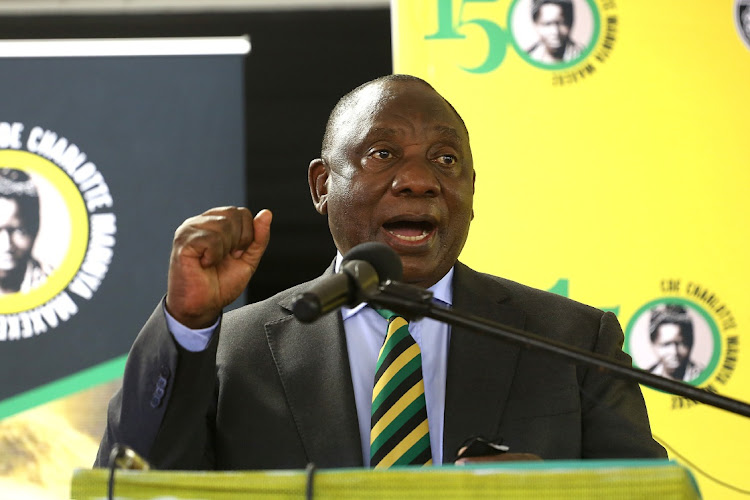 President Cyril Ramaphosa has no hope of rescuing SA from the state capture swamp unless he tidies up the scrapyard of his own political home, writes Piet Croucamp in today’s new issue of Vrye Weekblad.

There is a quite understandable but unwise fixation in white Pretoria and the media with the process of decapturing the state under Cyril Ramaphosa. In fact, the appointment of a new management team at the National Prosecution Agency (NPA) and the cleanup operation at state-owned enterprises like Eskom were low-hanging fruits for the buffalo farmer.

Considerably more impressive is the way in which he has recharted the historical and codified power relations inside Luthuli House. His soft-shoe shuffle at headquarters is a truer indication of the power he currently holds.

Two presidents have since the Polokwane Conference had to vacate their positions prematurely, with both escorted out of office by Luthuli House’s top six. In both cases, Gwede Mantashe was at the centre of the mutiny, and if Ramaphosa doesn’t rise to the occasion over the next two years, the struggling cattle farmer from Elliot will be back on the scene.

Read the rest of Croucamp’s analysis in today’s new issue of Vrye Weekblad.

In this context, two questions remain relevant concerning the public political spectacle of the ANC’s infighting. The first is, will Ramaphosa survive the battle against individuals such as Jacob Zuma, Ace Magashule, Carl Niehaus and the rest of the RET faction? The consensus appears to be that the ANC president emerged victorious from the most recent duel between him and Magashule.

The real victory, however, is that Ramaphosa was able to steer the NEC of the ANC to a supposed consensus that tied off Magashule’s main political arteries. His tactical management of the NEC also sent Jacob Zuma’s attempts to secure a political rather than a legal settlement down a cul de sac. Both Zuma and Magashule are fighting for their political survival from a deep trench. Their situations now require fairly desperate actions to avoid the inevitable political desert.

The second question is, what will the ruling party look like at the end of the process.

Read this analysis of the state of the ruling party, plus more news and analysis in this week's issue of Vrye Weekblad.

AID YOUR MEDICAL | Money is the last thing you want to worry about when you’re in hospital. But, even with a good medical aid, you could be in for several nasty surprises once the bills start rolling in.

THE MAN WITH THE VACCINE PLAN | Stephen Saad may be one of the richest South Africans you have never heard of. He is the head of Aspen Pharmacare, whose Gqeberha plant was the only one in the southern hemisphere deemed good enough to manufacture hundreds of millions doses of the Johnson & Johnson vaccine.

FREE TO READ — NO SMOKING | Is there actually an easy way to quit smoking? One that won’t make you irritable, pack on the pounds and lead to relapse after relapse? Annelize Visser, who has been smoking for decades, believes she has found it – in a self-help book first published in the 1980s.

THE WEEK IN POLITICS | Despite efforts to bring down his party and the state like a geriatric Samson, Jacob Zuma has barely cracked the plaster, writes Max du Preez in this week’s Political Notebook.

LAND RAGE | Like many historical events, the amendment of article 25 in the constitution isn’t a tidy or orderly process that will one day be commemorated on some important date. It can best be described as a rocky road.

SANDF defeated by toxicity, plus five highlights from 'Vrye Weekblad'

In 'Vrye Weekblad' this week: South Africa’s armed forces are in their worst crisis in decades, driven to the brink of a disastrous loss of ...
News
1 month ago

Police in crisis, plus five highlights from ‘Vrye Weekblad’

In this week's edition of 'Vrye Weekblad': At a time when the crime statistics paint a bleak picture of the insecure and unsafe lives led by ordinary ...
News
1 month ago
Next Article