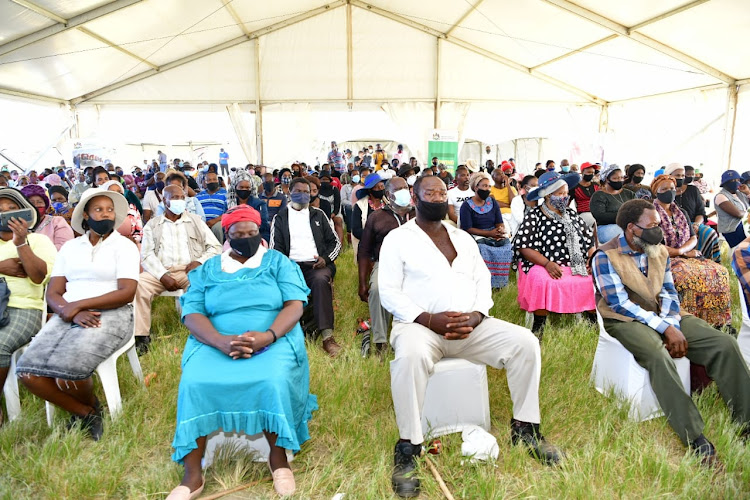 KwaZulu-Natal premier Sihle Zikalala said at the weekend that ongoing tensions between farmers and workers was endemic in many parts of the province.

In a bid to address strained relations, Zikalala engaged with farming communities in Pongolo, Vryheid and Newcastle over two days, including meeting with a family whose home was allegedly demolished by a farmer in Glückstadt.

The main aim was to hear what challenges farm workers and dwellers are facing, improve relations between them and farmers and outline accountability approaches taken by  government in addressing reported human rights violations and abuses within the farming communities.

The premier was accompanied by members of his cabinet.

Among the burning issues raised by communities was the alleged abuse by farm owners and police bias against the community and in favour of the farmers.

In Pongolo on Saturday Zikalala found “there are a number of issues with the farmers and the communities who live around there.

“The hostility that exists is not going to help us going forward. This issue is not only in Zululand. This a trend and we will intervene in all areas.

“Where we intervene, we will also establish a structure that must follow up on issues that have been raised.

We want to create an environment where farmers, workers and dwellers live together in harmony.

“We want to create an environment where farmers, workers and dwellers live together in harmony.

“We also want to ensure productivity of all farms including those that have been successfully claimed and transferred to communities.

“It is a trend that we noticed that when there is a problem between farmers and workers, police are accused of taking the side of farmers.

“We would want the police to act in a manner that is impartial and objective. We are consolidating and referring them to the department that they are followed up,” said Zikalala.

Addressing hundreds of farm dwellers and workers in the northern KwaZulu-Natal farming district of Normandien on Sunday, Zikalala said he supported a call by the farming community for a commission of inquiry into their concerns

“I support the establishment of a commission of inquiry into the concerns raised by the farming communities in KwaZulu-Natal. I have one reservation about commissions and it is that they take too long to resolve issues,” he said.

The highlight of the engagements was the lighting of a candle in a call for commitment to peace and social cohesion among the communities. The candle-lighting ceremony was also in memory of farming community residents who succumbed to the deadly Covid-19 pandemic.

Zikalala encouraged communities “to plant the seeds of peace, unity and social cohesion which will help to grow KwaZulu-Natal into a fruitful and prosperous province”.

Following the engagements, Zikalala established a cabinet committee to address the issues raised.

The committee will meet monthly and report back to the community every three months.

Newly appointed provincial police commissioner Lt-Gen Nhlanhla Mkhwanazi has been tasked with dealing with grievances relating to the police.

Farm clerk gets eight years behind bars for R6.6m fraud

'The clerk inflated the farm workers’ salaries and orchestrated the deposit of their salaries into her bank account,' the Hawks said.
News
1 year ago