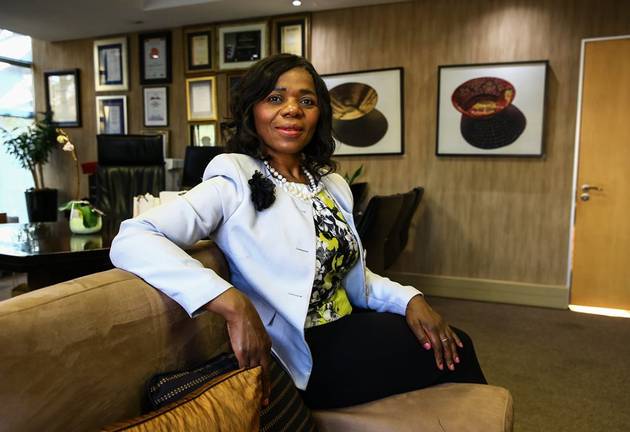 Former public protector Thuli Madonsela is among the authors of an article calling for Adam Habib's reinstatement.
Image: Simphiwe Nkwali

Thuli Madonsela remains firm on her stance calling for Adam Habib’s reinstatement as director at the University of London School of Oriental and African Studies (SOAS) “without delay”.

Habib stepped aside as director at SOAS pending an investigation after he used the N-word in a virtual student meeting on March 11.

The SOAS Students' Union passed a motion of no confidence against Habib after the incident. The union said its members overwhelmingly backed a vote of no confidence in Habib — 407 of the members present voted in favour of the motion, 65 voted against it, and 11 abstained.

Speaking on Newzroom Afrika at the weekend, after receiving backlash for defending Habib, Madonsela said the reactions towards Habib were excessive because he was explaining the framework of the N-word “as [former US president Barack] Obama did”.

Madonsela said, though the “extreme reaction” of the students was understandable, there should be a discourse with Habib regarding what words are supposed to be used or not used in an academic and clarification context.

“This should be an opportunity to understand why this word is so emotive,” said Madonsela.

“Those of us who have been dealing with race and racial issues, not now that it is fashionable, know why it is a problem. Some of the people reacting to Adam Habib don't care about racism, they just want him to go,” she added.

Madonsela said the binary paradigm was not the most sustainable way to address the complex race challenges reflected in the N-word furore and other social justice challenges.

Thank you @Newzroom405 for the privilege. I hope this clarifies that the binary paradigm is not the only and certainly not the most sustainable way for addressing the complex race challenges reflected in the #NWordFurore and other #SocialJustice challenges https://t.co/ml9LQaX4zD

In a letter calling for Habib's reinstatement, Madonsela and three others, Justice Malala, Palesa Morudu and Barney Pityana, blamed “wokeness” for the saga.

They said the N-word incident reflects a global trend in which much of the discourse on racism is reduced to identifying the pecking order of historic oppression.

“Habib is a black man who suffered racial oppression in his native land, was an activist against apartheid in his youth, became a professor of politics and now heads an academic institution. Yet the lens of wokeness and identity politics filters out history and context to present both individuals in the same light,” they said.

They admitted Habib exercised poor judgment in using the N-word, but warned SOAS against “allowing the self-righteous to act as universal thought police” which they said could lead to the silencing of all voices.

“If this trend is not reversed, books and films that have the N-word will have to be revised or banned.

“August Wilson’s Fences will have to be pulled from classrooms, with the works of Mark Twain. Quentin Tarantino’s Django Unchained will be banned or heavily edited. Muhammed Ali’s famous quote about the Vietcong will have to be erased from history.”

‘Adam Habib is no racist. He should be reinstated without delay’

The self-righteous cannot be allowed to act as thought police or diversity, culture and knowledge will be stifled: experts
Opinion & Analysis
1 year ago

Madonsela says Habib 'lacked social intelligence' when using N-word, but the backlash is 'sad to watch'

Some accused Madonsela of "defending the indefensible" and asked the former public protector to explain the term "generically black".
News
1 year ago

Wits gets Thuli to probe 'racism'

The University of the Witwatersrand has roped in former public protector Thuli Madonsela to advise on how to handle future cases of racism.
News
4 years ago