Study: Why girls continue to experience violence at SA schools 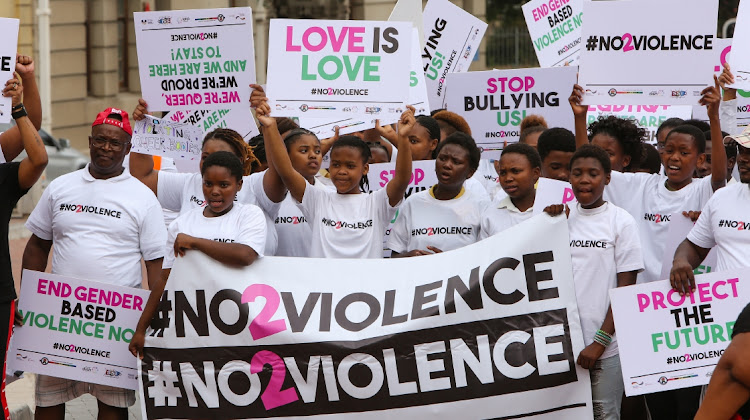 Despite the country’s political response to violence against women and girls, schoolgoing girls struggle with male violence in and out of school. File image.
Image: Werner Hills

Girls experience gender and sexual violence in schools around the world, and SA is no exception. Research has shown how pupils, and girls in particular, are vulnerable to violence.

Despite the country’s political response to violence against women and girls, schoolgoing girls struggle with male violence in and out of school.

Pupils who are victimised at school often show poor academic performance, regular school absenteeism, anxiety and depression, drug and alcohol use, psychological trauma, and dropping out of school.

We conducted a study to learn more about SA teenage girls’ experiences at school. Violence emerged as a key aspect of their school life.

We looked at the spaces where violence occurs, and how the violence is linked to drug use, social inequalities and construction of gender identity. We found that certain behaviour is tolerated because it isn’t seen as violence. We also reflected on some of the ways the issue of gender violence at school — and beyond — could be addressed.

Our study took place in an urban high school in SA. The location has high levels of unemployment and poverty. The school’s challenges include overcrowding, old and dilapidated buildings, drug use and violent behaviour by some pupils.

We interviewed pupils aged between 15 and 17. Most of them came from economically poor households, but some were better off than others. These differences played a part in violence.

Yes, your 'little angel' would do that: lessons learnt from 33,000 SA parents

Vanessa Raphaely runs 'The Village', a Facebook group for the parents of tweens, teens and young adults - and its been incredibly eye-opening
Lifestyle
2 years ago

Our findings are context-specific. This implies that they’re applicable to other SA schools that have similar characteristics.

The violence that girls experienced took various forms, including sexual harassment. It occurred in various school spaces such as the corridors and in an abandoned building on the school premises. The pupils said community violence and theft had resulted in this building becoming dilapidated.

We heard that boys sexually gazed at girls in the corridors during lunch breaks and gossiped about girls’ physical appearance, their bodies, and their virginity status. Boys commented openly on their desires and demands to have sex with girls. Sexual harassment in the corridors also involved inappropriate touching. All this occurred in the public space of the school’s corridors and was witnessed by other girls and boys. Girls were publicly humiliated and coerced to engage in sexual activity (kissing and inappropriate touching).

Both boys and girls used drugs such as dagga (marijuana) in the dilapidated building. The pupils said this building was dominated by boys who used drugs and abused girls there during lunch breaks.

But girls also fought with each other over boys. This competition sometimes involved references to hair — those who could afford to have weaves in their hair or wigs were called “sluts” and accused of “stealing” boyfriends.

Girls suggested it was up to the victim herself to report violence to teachers.

Some said the school was too lenient to the offending boys. They might be suspended for a few days or given a simple warning: “don’t do it again”. The school wasn’t doing enough to address the violence.

We found that one of the reasons violence persists is that school responses often fail to understand its sexual and gendered aspects.

Teen depression: 'There are days when I look in the mirror and think, I don’t want to be here'

Teachers and pupils at this school generally understood violence as something that individuals do, related to some psychological problem. This understanding made gender and sexuality invisible. It failed to notice the experiences of girls and the power relations between girls and boys.

Often intervention strategies in SA schools rely on psychological interventions as if something is inherently wrong with the child. They don’t see violence as rooted in both individual and broader social and economic conditions in which children are located.

How to end violence

We have five recommendations for addressing school violence.

People need to understand that gender power imbalances are a form of violence. They need to know where and when it’s being experienced. Boys should understand that violence includes gossiping, coercion and sexualised utterances.

Schools must take responsibility for the physical environment and identify and manage spaces that increase the risk of violence.

The school curriculum on issues of sexuality and relationships must relate more directly to the girls’ everyday experiences of violence at school. A comprehensive sexuality education programme should challenge violence by boys and by girls as it relates to youth sexuality and the dynamics of relationships.

Pupils’ use of drugs must be addressed in such educational programmes. In SA, personal and private use of dagga among adults is no longer a criminal offence. The availability of the drug in SA communities has implications for children’s access to it.

Despite robberies, gangs, drugs, teachers fight for their pupils’ futures

Fifth, schools need to support and act on girls’ reporting of violence. And some research has found that bystander programmes can reduce the normalisation of violence in schools. These programmes encourage passive bystanders to become active by learning to recognise potentially violent or dangerous situations. They empower young people to act more effectively against violence.

But schools can’t do it on their own. The government, parents, pupils, non-governmental organisations and the broader community should be part of discussions about the root causes of the violence and effective interventions.

Disclosure statement: Deevia Bhana receives funding from the National Research Foundation. This work is based on the research supported by the South African Research Chairs Initiative of the Department of Science and Technology and National Research Foundation of South Africa (Grant No 98407). Emmanuel Mayeza does not work for, consult, own shares in or receive funding from any company or organisation that would benefit from this article, and has disclosed no relevant affiliations beyond their academic appointment.

This article was first published in The Conversation Africa.

LISTEN | 'We tell our daughters to fear all men': Family devastated as child raped twice

The 11-year-old girl sits quietly on a bright red wooden bench beneath a tree, gripping her father's hand. Her parents fear she is on the verge of ...
News
1 year ago

WILLIAM GUMEDE | A library changed my life, and books can still change our world