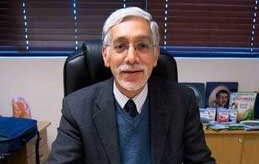 A Cape Town doctor who failed to submit his income tax returns has performed 12 operations to avoid jail.

Orthopaedic surgeon Nisar Ahmed Moosa, 71, and his company, failed to submit returns between 2009 and 2017.

The company was fined R15,000 which was wholly suspended for five years on condition that it is not convicted of contravening the Income Tax Act and the Tax Administration Act during the period of suspension.

Charges against the veteran doctor were withdrawn after he completed  a diversion programme.

Eric Ntabazalila, spokesperson for the prosecution in the Western Cape, said the programme required Moosa to perform operations on 12 patients at Rondebosch Medical Centre.

A recommendation that a DA provincial leader should face disciplinary proceedings for abusing party funds has yet to be acted on by the party two ...
News
3 months ago

“These patients were selected from a waiting list of patients at Groote Schuur Hospital. These were carpal tunnel, ganglion and De Quervain's tenosynovitis operations,” he said, adding that the estimated cost of the operations was R300,780, which included theatre costs, nursing services, bed stays, medication, surgeons and anaesthetists.

Ntabazalila said Moosa’s company paid all the bills. “There were thus no costs involved for the patients or Groote Schuur Hospital,” he said.

Prosecutor Monwabisi Mabiya told the court Moosa and his company had employed accountants who were tasked with submitting income tax returns on their behalf. Moosa later employed external auditors and appointed a new accountant.

“There was then confusion among them as to who was responsible to submit the returns. Because of the accused's own dereliction, he never followed up with the accountant to confirm if the returns were submitted,” said Mabiya.

“Even when contacted by the SA Revenue Service, it was dealt with as a trifling matter and as a result the returns were never submitted.”

Moosa made representations to the prosecution’s specialised tax unit. Ntabazalila said Adv Kevin Rossouw, head of the unit in the Western Cape, and Mabiya “agreed that the facts of the case were such that it would not only be a suitable case for diversion”.

He added: “A diversion in this instance could provide a much better outcome in terms of the accused making reparations to society for his conduct rather than being criminally prosecuted and sentenced.

“Being aware of the shortage in resources at state-funded hospitals and the resulting long waiting lists for operations patients at state hospitals have to endure, Adv Rossouw suggested to the defence that the prosecution would be willing to divert the case if Dr Moosa would agree to conduct 12 operations free of charge on patients identified from the Groote Schuur Hospital waiting list. The parties agreed.”

Ntabazalila said Rossouw and Mabiya had indicated they were satisfied this was a “good outcome for all parties involved and that justice was done”.

Mabiya said: “This case has provided the opportunity for the taxpayers involved to make reparations to society in a very fitting and suitable manner.

“All taxpayers have a legal duty to submit their tax returns and to pay their taxes that are due. Failing to do so harms all in society as the fiscus then cannot ensure there is enough funds to allow government to provide services to be delivered to all citizens as and where it is needed. Very often it is the poorest in society that are affected most.”

Smith was directed to hand over control of his assets to a court appointed curator.
News
3 months ago