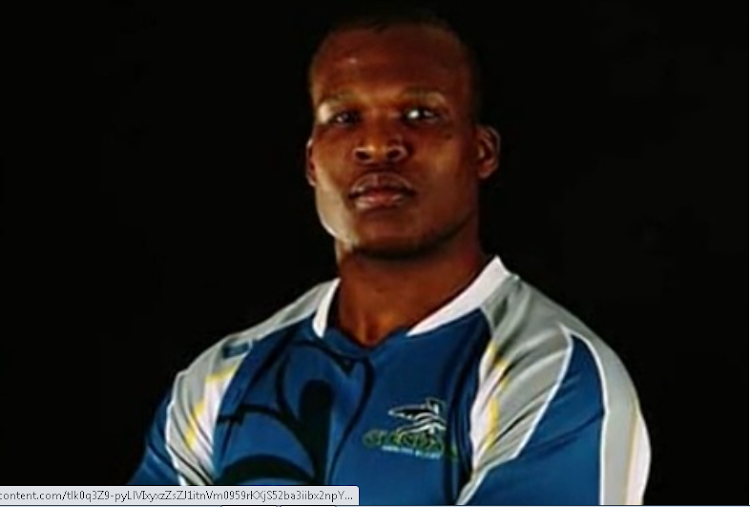 The bodycam footage, released by Honolulu police, is from two of the three officers who responded to a “burglary in progress” at a home in Nuuanu on Wednesday night.

The first officer who responded had his body camera switched off and police say it was  activated only after the incident.

The first footage released lasts 55 seconds and comes from the bodycam of the second officer to arrive on the scene.

He walks onto the premises in the dark and repeats “where you at, where you at?” as a female homeowner stands at the door and cries out “that's him, that's him”.

She points and says “that's him, he's still in the car”. The officer, using a torch, proceeds towards where the woman is pointing and produces his firearm.

As he comes around a corner Myeni can be seen standing next to the first officer and  presumably talking to him, given their close proximity.

The officer does not identify himself but shouts for Myeni to “get on the ground”.

Myeni is seen approaching the officer with both of his fists clenched. He punches the second officer and questions “why?” He repeats this question as a flurry of punches can be heard.

The officer falls to the ground as he deploys his Taser, which misses Myeni. Myeni is then seen attacking the first officer.

The second officer gets to his feet and Myeni rushes towards him. A shot is fired, but it is unclear whether it hits Myeni.

The second officer falls to the ground as Myeni punches him. Three shots can then be heard being fired and then one of the officers shouts “police”.

The second video lasts 31 seconds and comes from the third officer arriving on scene.

The officer gets out of his vehicle and rushes to the scene where Myeni is asking the question “why?” Myeni can be seen throwing a flurry of punches at the first two officers.

The third officer, still rushing towards Myeni, shouts “Taser”. He repeats this at least four times before he is close enough to Myeni to deploy his Taser.

The Taser is ineffective and Myeni continues with his onslaught. The third officer can then be heard shouting “police”.

Questions are beginning to surface over the death of a former KwaZulu-Natal rugby club player and father of two who was shot dead by police in Hawaii ...
News
3 weeks ago

Honolulu Police Department chief Susan Ballard initially told local media that police had responded to a “burglary in progress” at a Nuuanu home.

She said Myeni entered and began chatting with the homeowners, who were upset  he had come inside. Myeni left shortly afterwards and “sat in his vehicle” before police arrived, she said.

Ballard was unable to answer if Myeni had actually taken anything from the home, which would substantiate the reason for labelling it a burglary.

Lindani Myeni moved to Hawaii just over a year ago with his wife, Lindsay, who is from the island, and their two children.

He played club rugby as a flank for Durban's Jaguars, the Empangeni Rhinos and in eSikhawini — where he had a passion for developing the sport in his hometown.

The former Minnesota police officer charged with manslaughter in the fatal shooting of a young Black man during a traffic stop made her first court ...
News
3 weeks ago

Myeni is originally from Ubombo in the far-reaching northern parts of KwaZulu-Natal.

Two of his former rugby teammates described Myeni as a well-respected and God-fearing man who never showed any signs of aggression.

Lindsay took to social media on Friday, saying she had spoken to him at 7.52pm, 18 minutes before the incident. She said he had been on his way home at the time.

It is unclear why Myeni stopped at their neighbours' home, but Lindsay told local media he even took off his shoes at the door, which was a sign of respect.

The white suburban police officer who fatally shot a young Black motorist during a traffic stop in Minnesota, igniting several nights of civil ...
News
3 weeks ago

Chicago officials released to the public on Thursday a graphic body-camera video showing a police officer shooting and killing a 13-year-old boy ...
News
3 weeks ago

Officer who shot and paralysed Jacob Blake in Kenosha, Wisconsin, returned to duty

A white policeman cleared of criminal wrongdoing after shooting an African-American man in the back last August in Kenosha, Wisconsin, igniting ...
News
3 weeks ago
Next Article