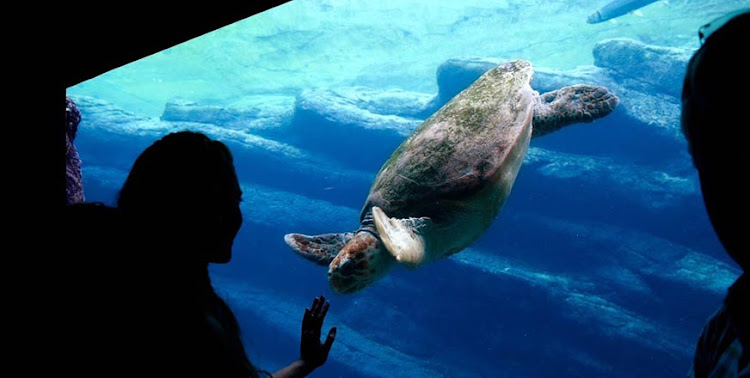 A sea turtle was rescued from the surf at La Mercy lagoon on the KZN north coast on Sunday. File photo.
Image: via Ushaka Marine World website

A kite surfer rescued an injured sea turtle he found struggling in the surf on the KwaZulu-Natal north coast on Sunday.

According to uShaka Marine World, all of the five species of turtles found in South African waters are on the endangered species list and threatened by human impacts.

Litter and the effects of climate change are the biggest man-made threats to turtles along the KwaZulu-Natal coastline.

Brendon Power from the National Sea Rescue Institute (NSRI) in Ballito, said a crew was dispatched to La Mercy lagoon at about 3pm on Sunday after a concerned member of the public reported that a sea turtle appeared to be in difficulty in the surf.

“We dispatched crew to investigate and it was established that the turtle was in the surf zone and appearing to be weak and unable to maintain itself and being thrown around in the waves.”

Power said a kite surfer managed to bring the turtle safely to shore and the NSRI took the reptile into its care.

“The turtle appeared to be weak, with some minor scratches and scrapes.

“uShaka Marine World were placed on alert and we were informed of a vet standing by to receive the turtle.

“It was safely transported to uShaka Marine World by our NSRI crew using our sea rescue vehicle and handed into the care of an uShaka vet.

“The turtle will be monitored, cared for and rehabilitated at uShaka Marine World.”

The World Wildlife Fund says over the last 200 years, human activities have tipped the scales against the survival of sea turtles.

“Slaughtered for their eggs, meat, skin, and shells, sea turtles suffer from poaching and over-exploitation. They also face habitat destruction and accidental capture — known as by-catch — in fishing gear.

“Climate change has an impact on turtle nesting sites; it alters sand temperatures, which then affects the sex of hatchlings. Nearly all species of sea turtle are now classified as endangered, with three of the seven existing species being critically endangered.”

A search is on for a missing Chintsa businessman after his bodyboard washed up on the beach with what appears to be shark bite marks.
News
9 months ago

Driftnets, banned 30 years ago, drift back into Indian Ocean, strangling its resources

Greenpeace says there is little to no enforcement of the ban, with a global treaty needed to resolve the problem
World
9 months ago

2020 was filled with death, dismay and depression - but there were some upsides to a year like no other.
News
11 months ago