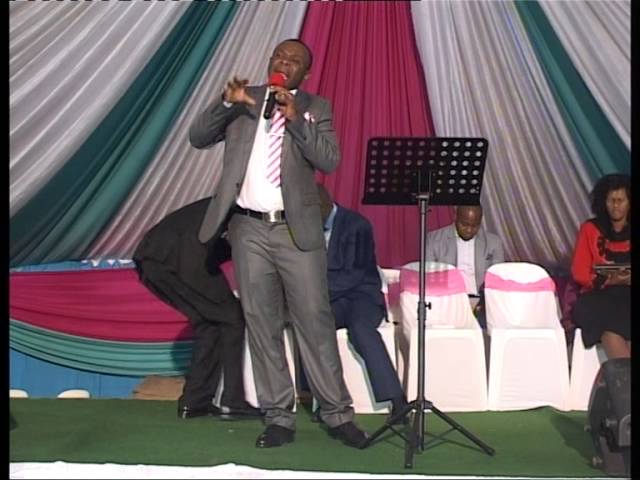 A screenshot from a video of God's Army Pastor Sibusiso Gerald Nyathikazi during an offering service in Ulundi in 2016.
Image: www.youtube.com/watch?v=g0cOnBHz28M

A 40-year-old pastor from northern KwaZulu-Natal has been sentenced to 20 years' imprisonment after being found guilty on two counts of rape.

In a statement on Tuesday, provincial police spokesperson Capt Nqobile Gwala said the pastor, Sibusiso Gerald Nyathikazi, appeared in the Ulundi regional court on Monday where he was sentenced.

“The accused was a spiritual guardian to the 19-year-old victim and raped her while at his house in Nqutu in 2018. He instructed the victim not to tell a soul about the whole ordeal since it was going to destroy his reputation as a pastor,” said Gwala

“The victim, who was traumatised, told no-one and continued going to church like nothing happened.”

This is pastor Sbusiso Nyathikazi from KZN oLundi kaD he drugged and raped me,He threatens me using a word of God he...

Gwala said the pastor, who was entrusted to pray for the victim as she was not feeling well, raped her again while they were attending another church service at Wasbank in 2018.

“Tired of being silenced, she reported the incident to her family, who were shocked to hear such news.

“A case of rape was opened at Ulundi SAPS and the docket was transferred to the Ulundi family violence, child protection and sexual offences (FCS) unit for further investigation.

“The accused was arrested and made several court appearances until he was convicted and sentenced.”

James Devine Thubakgale ran the Devine Deliverance Church in Seshego like a cult, presenting himself to followers as part of the “holy trinity”.
News
1 year ago