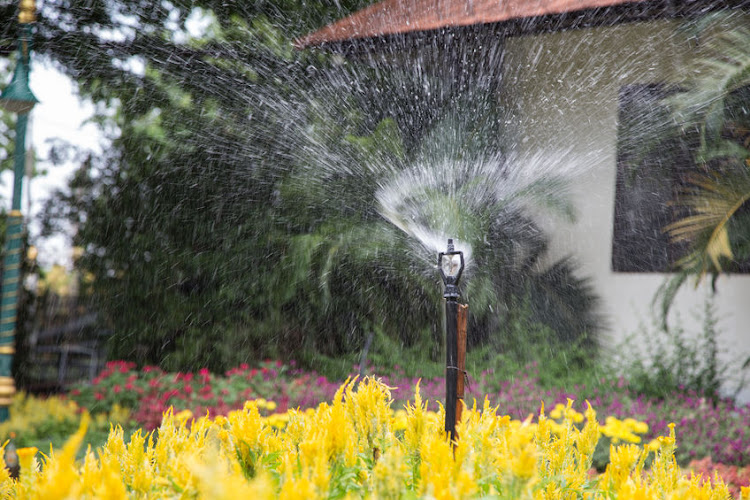 A new study by scientists at Stellenbosch University has found that reusing laundry greywater in your garden is detrimental to the soil in which plants grow and thrive.

The study, titled "Impact of powered and liquid detergent greywater on soil degradation", found that liquid washing detergent was a better option over washing powder. It still degrades the soil, but not as much.

Led by Dr Ailsa Hardie of the department of soil science in the faculty of agrisciences at Stellenbosch University, the study is based on the MSc work of co-author Ncumisa Madubela, who in January 2020 received an award for the best junior research paper presented at the annual congress of the Soil Science Society of South Africa.

Laundry greywater is one of the largest and easiest sources of greywater to reuse, as it simply requires extending a washing machine drainage hose, whereas direct access to drains is required for re-using other sources such as bathing water.

But Hardie said it had drawbacks.

“When Day Zero loomed for Capetonians, many admirably responded by reusing greywater to irrigate their gardens. While it serves to keep some of the plants alive, the reused laundry water does not benefit the soil in which they are planted.

“The same chemicals in washing detergent that strip dirt and grime from clothing also strip beneficial humus from the soil. Humus is the best part of the organic matter in soil, and contributes to its health, fertility and water holding capacity,” she explained.

Two SA innovators have created water treatment facilities to assist communities and schools that do not have access to clean water.
News
1 year ago

This “stripping effect” causes clay particles in the soil to disperse, blocks soil pores and in turn causes a crust to form on the surface that seals the soil.

“It becomes difficult for water to soak into soils and increases run-off when it rains or when you water your garden. In essence you are then actually wasting water, because in time very little water gets to penetrate into the soil to reach plant roots,” said Hardie.

The blocking of soil pores also decreases the water holding capacity of soils. In times of drought this makes soils even drier. Soils become increasingly saline (brackish) and alkaline.

“Plants cannot thrive in such soils, or take up water and certain essential nutrients,” explains Hardie. “The degradation sets in from the very first addition of laundry greywater to your soil. In time, it becomes very difficult to fix.”

This is because of the difference in their main chemical ingredients. Washing powder is very alkaline (with a pH of 9-10) and contains a lot of sodium carbonate, while water is the main ingredient of liquid detergents.

Both types contain a host of ionic and non-ionic surfactants, ion sequestering agents, bleaching agents and enzymes that help to remove soil and grime from fabrics.

“It makes sense that by their very nature detergents would also therefore degrade and strip soil when used for irrigation.

The study was conducted using soil samples from Cape Town and Stellenbosch, and showed that certain soils are more susceptible to the negative effects of washing powder-based laundry greywater than others.

“We found that sandy soils are the most susceptible to the stripping effect that washing powder greywater has on soil humus."

Hardie added that around 58% of soils around greater Cape Town are sandy.

Granite and shale derived soils with a lower iron content were most susceptible to pore sealing, which influences the ability of soil to take up and store water.

The researchers found that red or yellow soils rich in iron withstood the degrading effect of laundry greywater the best but were still prone to becoming polluted by sodium and saline.

"Plants struggle to flourish in such soils, and it would exacerbate drought stress in the dry months," said Hardie.

The soil scientists published the first ever comprehensive research on the topic in the Journal of Hydrology.

Water shortages could be on the cards due to a planned strike on Wednesday.
News
1 year ago

In his State of the Nation Address in February 2021, South Africa’s President Cyril Ramaphosa announced that the establishment of a National Water ...
News
1 year ago