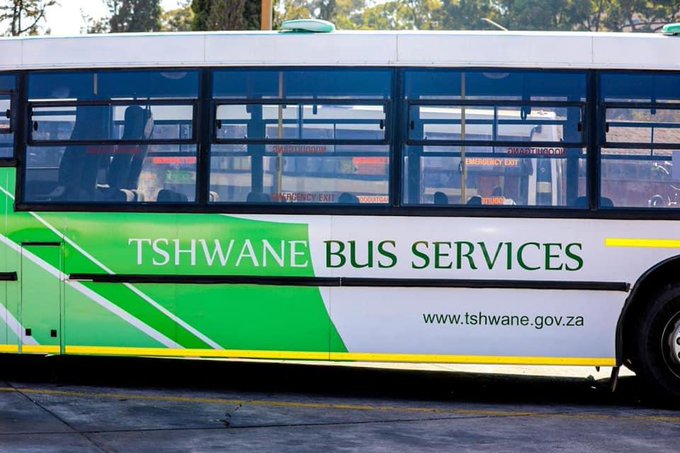 The City of Tshwane said on Tuesday it would ask the Labour Court for an urgent interdict against striking employees at Tshwane Bus Services (TBS) and to restrain them from damaging the municipality’s property.

‘Two of the city’s buses were [allegedly] stoned and damaged by the striking employees this morning shortly after leaving the depot in the CBD to do the morning shift,” the city said.

“TBS management was forced to withdraw the buses back to the depot for the safety of the drivers and passengers and to safeguard the city’s assets. Fortunately no one was injured during the incident.”

The bus service was operating 40 buses on skeleton staff from Monday but had to be temporarily suspended on Tuesday morning after the two buses were attacked. The city usually operates 160 buses daily.

“We call on law enforcement to act swiftly and firmly against those who were responsible for damaging the municipality’s property,” the city said.

Drivers downed tools on Wednesday last week, demanding they be allowed to use the bus rapid transit (BRT) lanes. They are also on strike to pledge their solidarity with a colleague who was arrested last Tuesday for driving in a dedicated BRT lane.

The City of Joburg is planning on replacing some of its minibus taxi services with the Rea Vaya BRT system, with owners of the affected taxi services ...
News
8 months ago

Spokesperson for the City of Tshwane, Selby Bokaba, said: “The driver refused to be arrested and blocked the road with the bus.”

He said Tshwane metro police had to call for back-up from police and the driver was  arrested.

Bokaba told TimesLIVE the main demand by bus drivers is that they want TBS to use the BRT lanes. He said the city tried to engage with union representatives last week but the meeting didn’t yield positive results.

He said the workers were given an ultimatum to return to work by 8am on Tuesday.

The city said: “Thousands of loyal commuters have been left stranded since the beginning of the strike.

“If the striking employees do not return to work today, disciplinary proceedings will be instituted against them. The no work, no pay rule will be implemented against the employees who participated in the illegal strike.

“The city has exhausted all avenues for negotiations with the striking employees and was left with no choice but to take a legal course of action.”

Its application for an interdict was set to be heard in the Labour Court in Johannesburg on Tuesday.

Passenger update :
2 of our buses one in PTA North and WF Nkomo were stoned and damaged this morning. We are condemning this elements of intimidation to worker who wants to render services.

eThekwini bus service provider Tansnat has launched urgent high court proceedings to compel the local municipality to provide it with the required ...
News
6 months ago