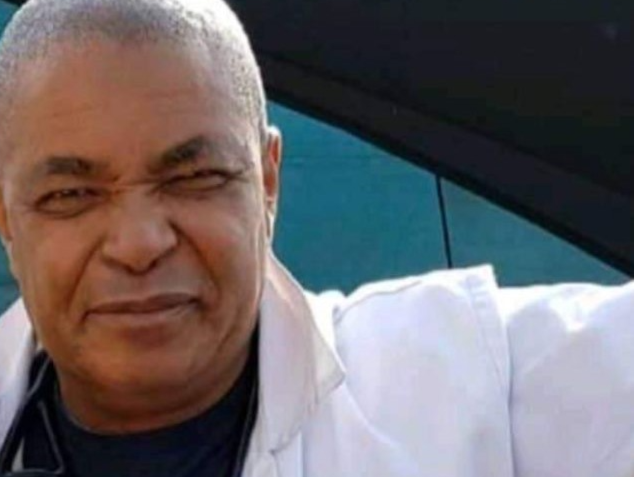 Dr Oupa Chuene's death is a great loss to the whole community of Thembisa.
Image: Supplied

“He kind of opened his eyes, we locked eyes but he couldn’t talk and then that was it. It was just almost like a second and that was it.”

This was the last interaction Bally Chuene had in a hospital theatre in the early hours of Thursday with his 60-year-old brother, Dr Oupa Chuene.

The well-known Thembisa doctor had been stabbed multiple times in the head at home in Glen Austin, Midrand, mere hours earlier.

Chuene was found lying unconscious in a pool of blood in his yard. Apart from being stabbed, he had two broken limbs — possibly inflicted by hammer blows.

“He was already unconscious but I could see that he was breathing. His right leg was  broken and the left arm. We found two hammers which we suspect might have been used to break his leg and arm,” Bally told TimesLIVE.

“One hammer was three metres away from where he was lying and we found the other in the house. He had multiple stab wounds on the head and was bleeding profusely. He was in a pool of blood but still conscious somehow. We rushed him to the hospital and on arrival they put him on a ventilator but a couple of hours later he passed on,” the brother said.

The 54-year-old Bally said he received a call on Wednesday at 11:30pm from his brother’s girlfriend, saying Chuene was in distress.

“I went to his house, when I got there the police were outside.

“We started looking for the doctor and unfortunately we found him lying in the yard. I think he was trying to run away. We rushed him to the hospital and, unfortunately, they said he had lost too much blood,” he said.

Gauteng police spokesperson Capt Mavela Masondo said a case of murder and house robbery was under investigation. Masondo said police had arrested one suspect and were searching for three more, including a worker.

“It is reported that the victim arrived home from work when he was attacked by the suspects who stabbed him with a sharp object and took his tablet.

“Police were alerted about a robbery in progress and responded swiftly. Upon arrival, the suspects ran away on foot. One was arrested trying to jump the fence and was found with a tablet,” he said.

Bally said the Thembisa community and colleagues were devastated. He said his brother was loving, diligent and hard-working. “He was very generous, he was a very hard working person, community-orientated. A lot of people came to him ... and he would treat them for no fee. He was a workaholic,” he said.

The doctor leaves behind six children, the youngest aged nine.

“The children are terribly affected ... completely shattered so it’s quite a task for the family trying to console them. It’s terrible, it’s devastating,” said Bally.

Chuene and his staff were attacked two or three years ago in his surgery. “The thugs came inside the surgery and tied everyone together in one room and took a lot of stuff, computers and medicine,” said Bally.

Chuene will be laid to rest on Saturday in Limpopo.

Police appealed to anyone who can help investigators to call the nearest police station or crime stop on 08600 10111.

Family claims hospital is covering up after doctor misdiagnosed teenager’s pregnancy. Hospital has a very different story
News
1 year ago

‘He told me to hurry, he was dying’: Dash to save doctor shot by robbers

A female receptionist was shot dead while a second woman and the doctor were injured during the incident in Mabopane a week ago.
News
1 year ago

The shutdown of Charlotte Maxeke is set to push Gauteng’s hospitals, already struggling to cope with Covid, to their limits
News
1 year ago