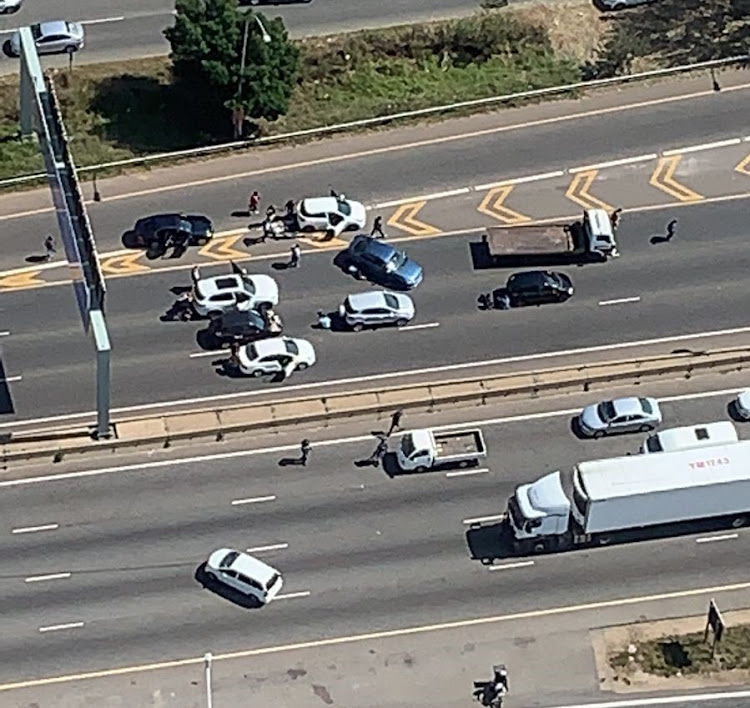 The crime scene on the M1 highway near the Woodmead exit in Johannesburg on Monday after a shoot-out between law enforcement and a gang of armed robbers.
Image: Supplied

Two men were fatally shot and four arrested after a shoot-out with the police on the M1 highway, next to Woodmead Drive off-ramp, in Sandton on Wednesday.

The police said the men were believed to have been on their way to commit a robbery before they were intercepted.

“Members from crime intelligence received information about the robbery that was going to take place in Johannesburg. Police from Gauteng serious and violent crime unit and Johannesburg Flying Squad operationalised the information and kept observation.”

Masondo said the police spotted the wanted vehicles just before midday on the busy M1 highway.

“At about 11.45am today [Wednesday] three cars, two Audi A4s and a Hyundai i20, with 10 suspects, were spotted on the highway. The suspects then fired some shots at a white Toyota Fortuner forcing it to stop.

“Police intercepted the suspects, who fired shots at the police and a shoot-out ensued.” 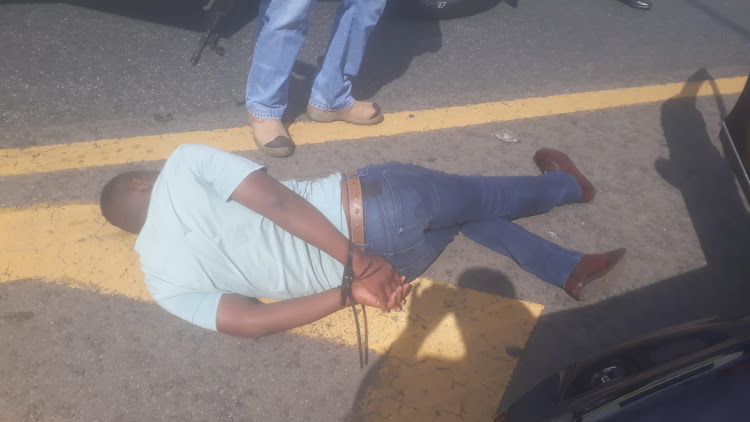 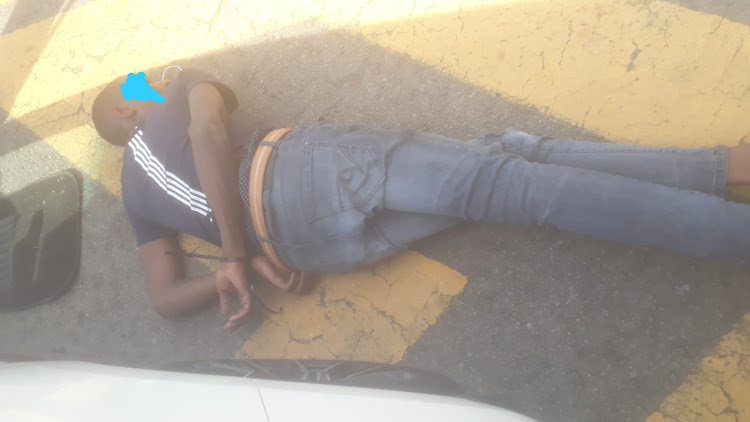 He said two of the men were fatally wounded while four others were arrested on the scene and one firearm was recovered.

“Three cars used by the suspects have been seized. Police are searching for about four suspects who are still at large.”

Northbound traffic between Johannesburg and Grayston Drive was heavily backed up after the incident.

Johannesburg Metro Police Department spokesperson Wayne Minnaar earlier advised motorists to use Maxwell Drive and Rivonia Road to get past the crime scene.

Three suspects are due in court after their arrest during a high-speed chase and shoot-out in Rama City near Ga-Rankuwa.
News
3 months ago

Criminals are laying spikes on roads in and around Tshwane and robbing motorists when they stop.
News
3 months ago

Eastern Cape police have arrested a 24-year-old student in connection with the attack on officers and the burning of a police Nyala in Mthatha on ...
News
3 months ago