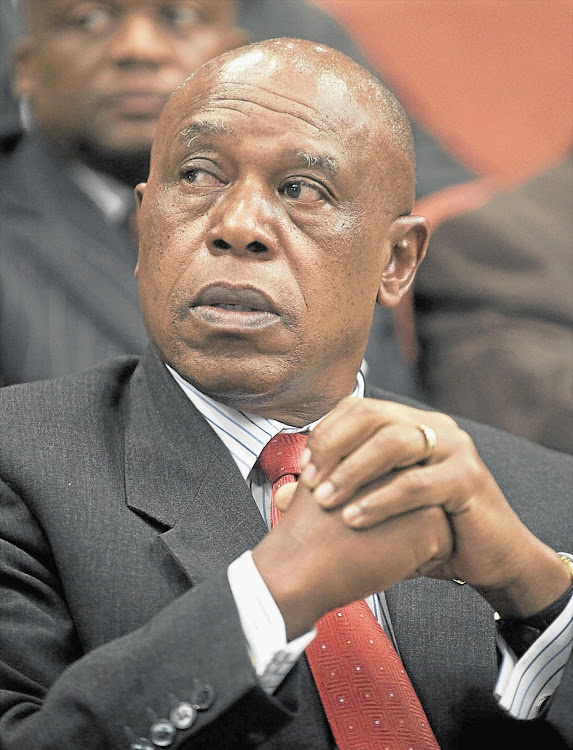 ANC veteran Tokyo Sexwale found himself topping social media’s trending list this week after he made claims about billions of rands being stolen from the Heritage Fund.

His allegations have been slammed as false, with the SA Reserve Bank (SARB) saying it was all a scam.

During an interview with eNCA, Sexwale said money from the Heritage Fund, meant to help poor students with free education and fight against the Covid-19 pandemic in SA, among other uses, was stolen.

He said he was one of two people in charge of the fund, together with what he called a “very powerful family”. He said the money was in SA and came through the SARB.

According to Sexwale, President Cyril Ramaphosa and former president Jacob Zuma knew about the funds which had mysteriously vanished.

He said the issue was raised with finance minister Tito Mboweni and the theft was being investigated.

He said it was impossible to steal transmitted money from the central bank.

“It seems he was a victim of the many scams abounding,” said Mboweni.

“His statement on television was unfortunate. Will reach out to him,” he added.

Mr Tokyo Sexwale’s statement about stolen money is untrue, sad and seems that he was a victim of the many scams abound. You cannot steal transmitted money from the central bank. How? His statement on television was unfortunate. Will reach out to him.

National Treasury and SARB speak out

The statement echoed Mboweni’s comment about Sexwale being a victim of a common scam.

“Over the years, National Treasury and the SARB have received many such requests for, or promises of, billions and now trillions of rands or dollars, and from experience regard these as simply scams. Any claim such funds are meant for deserving causes such as Covid-19 relief, social grants or grants for free education are simply empty promises to secure the interest of the potential victim,” read the statement.

The National Treasury and SARB said they previously received correspondence from Sexwale and many others alleging billions of rands have been stolen from a fund which has been referred to as the “White Spiritual Boy Trust” and which was set up by a foreign donor.

“On investigation, the SARB can confirm it had no record of the existence of the said fund and had advised Sexwale in writing that, given the SARB’s experience and knowledge of this and other similar matters, it could only conclude the alleged fund was a scam.

“It should be noted that Mr Sexwale is not the first prominent person acting on behalf of a Mr Webb or an unknown donor, for such funds, and such requests can be traced to many years before 2016.”

'Mr Tokyo Sexwale’s statement about stolen money is untrue, sad and [it] seems that he was a victim of the many scams around,' says finance minister ...
Politics
6 months ago

On social media, the hashtag #TokyoScammed topped the trending list as many weighed in on the possibility of Sexwale falling for a global conspiracy theory.

Shoutout to the former president Jacob Zuma for ignoring these scamster twice! What a dude! Pity his supporters think the funds were real🤣. Let me go work! This place is crazy🤣🤣 pic.twitter.com/eyQUaTFtTp

If indeed Tokyo doesn't have any evidence to back the story up, why would he lie unprovoked? #TokyoScammed Which family can donate trillions to the nation and wouldn't follow up on the usage of the money 4 years later?

#TokyoScammed I still believe there's more to this story, a high profile man like Tokyo wouldn't come to a national platform and lie...

#TokyoScammed no man that can wake up and decide to have money somewhere that is supposed to help the community at large and they say it is a scam or unfounded truth. Where there's smoke, there's...? Please don't finish

'The passion he has for the ANC is deep': Mboweni on Malema’s comment on ANC 'removing' Magashule

“His last interview on ANC SG was from the deep ANC heart. It’s going to be OK homeboy. It will be fine,” Mboweni tweeted.
Politics
6 months ago

SA's economy was likely to weaken further if there was no reliable supply of electricity, finance minister Tito Mboweni conceded on Thursday.
Politics
7 months ago

The finance minister cites lack of non-pharmaceutical measures - including lax social distancing and loading of maximum passengers - as some of the ...
Politics
7 months ago