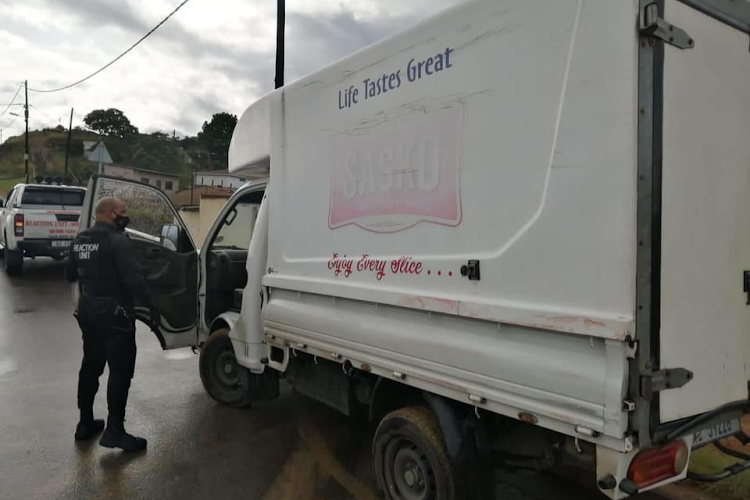 Bread was handed out to people in Mawothi, north of Durban, by a gang of armed robbers who hijacked a delivery truck on Friday.
Image: RUSA

A failed attempt to access the safe in a bread delivery truck saw a gang of KwaZulu-Natal criminals instead hand out 240 loaves of bread to people in Mawothi, north of Durban, on Friday.

Reaction Unit SA (Rusa) owner Prem Balram said on Friday morning the owner of the bread distribution company contacted the private security company to report that one of his drivers had been kidnapped and the truck taken.

“The owner contacted Rusa at 8.44am requesting assistance to locate his driver who was taken. Tracker confirmed signals from the vehicle were emitting in Mawothi. Reaction officers converged on the area and recovered the vehicle with police. The driver was not injured.”

The robbers distributed the bread to pedestrians and residents, telling them Christmas had come early.

The driver said while delivering bread in the area, a white Toyota Avanza had approached him and his assistant.

A person alighted from the vehicle, produced a firearm and forced the driver to get into the vehicle and drive to another location.

“The assistant managed to flee and contacted their employer. The suspects accessed the back of the truck but were unable to open the safe. They then forced the driver to offload 24 bread crates packed with 240 loaves. The robbers distributed the bread to pedestrians and residents, telling them that Christmas had come early,” said Balram.

The perpetrators allegedly fled the scene in the Avanza.

The foiled robbery garnered mixed emotions on social media, with some labelling it a modern-day “Robin Hood” stunt.

Gauteng police on Friday offered a cash reward for information about the burglary at the state capture inquiry’s Johannesburg offices.
News
5 months ago

The Hawks have arrested seven men believed to have been involved in a cash-in-transit heist in which an armoured vehicle was blown up in broad ...
News
6 months ago

Two men were fatally shot and four arrested after a shoot-out with the police on the M1 highway, next to Woodmead Drive off-ramp, in Sandton on ...
News
6 months ago