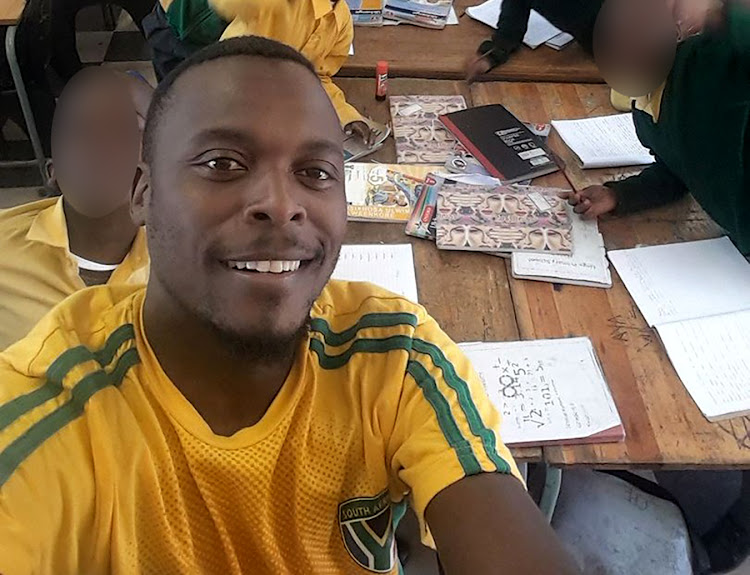 Xolani Madalane in a classroom at Linge Primary School in Nyanga, Cape Town, shortly after he started work there in 2018.
Image: Facebook/Xolani Madalane

A school choirmaster who told a 14-year-old singer he wanted to be her “virgin breaker” has failed in his attempt to keep his job.

Xolani Madalane was fired from Linge Primary in Nyanga, Cape Town, after a disciplinary hearing found him guilty of three charges of misconduct.

An Education Labour Relations Council arbitrator dismissed his appeal this week and said she found the Facebook Messenger messages Madalane sent to the teenager “totally repulsive”.

The arbitrator, Gail McEwan, also upheld the disciplinary hearing's finding that Madalane was guilty of misconduct for texting the girl at 3am during a 2019 choir camp in Strandfontein and asking her to meet him outside her room. 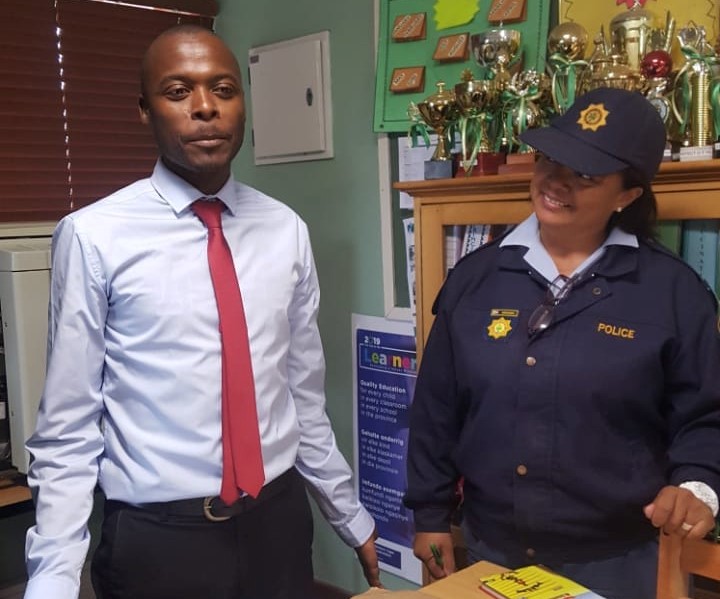 The teacher was found guilty of assaulting at least 10 pupils in a grade 5 English class by hitting them on the palms of their hands with a solid plastic pipe, leaving several of them in tears. He denied all the charges.

In her finding this week, McEwan criticised Linge Primary for “a degree of toxicity”. Principal Xolisa Gongota had clearly sided with Madalane, she said, and another teacher had been forced to ask a social worker to see the pupil he targeted.

“It is a sad state of affairs that, when a learner needs assistance, the principal is not trusted to be able to handle the matter,” said McEwan.

She also criticised the governing body chairperson, who told her corporal punishment with a plastic pipe was the norm at Linge Primary.

And she said keeping the school's 60 choir members up until 3am to rehearse for the SA Schools Choral Eisteddfod was “unreasonable”.

McEwan said Madalane — the father of a seven-year-old and a former student at the University of Cape Town opera school — repeatedly changed his story as evidence emerged during the arbitration hearing.

He eventually admitted sending the 14-year-old Facebook messages, going to her room at 3am and assaulting at least 10 pupils, and admitted previous occasions on which he had used corporal punishment.

“Once Madalane admitted to the misconduct as charged it was naive and hopeless for him to expect me to find him not guilty of all the charges,” said McEwan.

She said Madalane was not suitable to work with children and asked the SA Council of Educators to revoke his teaching certificate.

Pupil outwits KZN teacher who tried to ‘sexually groom’ her

The man said he was the victim of a conspiracy, but the teen recorded their conversations and kept his messages
News
1 year ago

A teacher has lost an appeal to overturn his axing for allegedly sexually assaulting a pupil.
News
1 year ago

Sibusiso Siqalaba, who told one girl ‘their ancestors were connected’, didn’t pitch up at the hearing to defend himself
News
1 year ago