UK imposes sanctions on Russians, Guptas in first use of anti-corruption law

Image: Martin Rhodes Britain targeted Ajay, left, Atul, right, and Rajesh Gupta as being at the centre of corruption in SA which contributed to the downfall of former president Jacob Zuma.

Britain imposed sanctions on Monday on 14 Russians, on the Gupta family and on officials accused of aiding Central American drugs cartels, in the first use of a new power to fight human rights abuses and corruption abroad.

Britain's new Magnitsky Act, like a similar law enacted in the US, is named after Sergei Magnitsky, a lawyer who was arrested and later died in prison in Russia after accusing Russian officials of a huge tax fraud.

The new law gives the government the power to penalise those it says are credibly involved in the most serious violations of human rights and corruption. The measures freeze their assets and bar them from visiting Britain.

“Corruption has a corrosive effect as it slows development, drains the wealth of poorer nations and keeps their people trapped in poverty. It poisons the well of democracy,” foreign secretary Dominic Raab said.

The 14 Russians targeted were implicated in what the British government described as a $230m fraud, the case uncovered by Magnitsky. They include Dmitry Klyuev, identified as then-owner of Russia's Universal Savings Bank.

Britain also targeted Ajay, Atul and Rajesh Gupta, Indian-born brothers at the centre of corruption in SA which contributed to the downfall of former president Jacob Zuma. They are accused of using their relationship with Zuma to profit financially and influence senior appointments. The Guptas and Zuma have denied wrongdoing.

Sanctions were also imposed on three people accused of corruption in Honduras, Nicaragua and Guatemala, including facilitating bribes to support a major drug trafficking cartel.

US secretary of state Antony Blinken said he welcomed the British sanctions, saying they strengthened efforts to counter corruption globally. 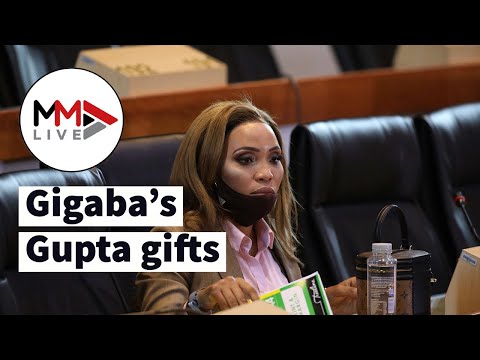