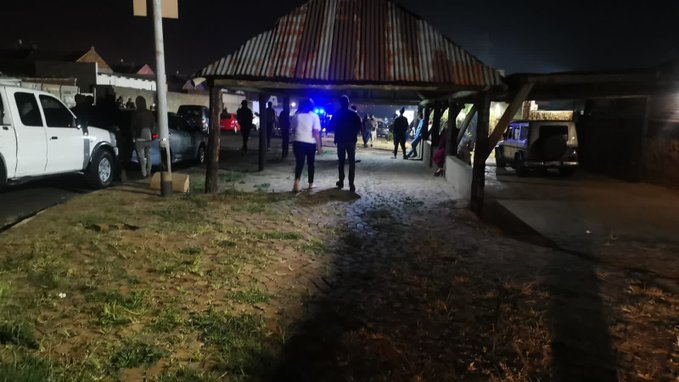 Police in Gauteng have launched a manhunt while investigating the circumstances surrounding the fatal shooting of two men in Eldorado Park on Monday evening.

The shooting occurred just before 6pm near an auto spares shop on Boundary Road.

Gauteng police spokesperson Brig Mathapelo Peters said according to preliminary reports at the disposal of the police, a witness heard gunshots and on investigation noticed a vehicle riddled with bullet holes.

The two unknown occupants were both shot. The driver was declared dead on the scene while the second victim succumbed to injuries and was declared dead at the hospital where he had been rushed to for medical attention, she said.

While police declined to name the victims, a ward councillor in the area, Peter Rafferty, confirmed the deceased were Farouk Meyer and Marcus Ryan.

“He [Meyer] was laid to rest this afternoon,” Rafferty said on Tuesday.

Meyer shot to fame in 2009 after he escaped from prison. TimesLIVE’s sister publication, Sowetan, reported at the time that Meyer said he escaped from prison to prove he was being framed for the murders of three people killed at a nightclub in Roodepoort. He turned himself over to police after calling radio station 702.

Peters called on anyone with information that could lead to the arrest of the perpetrator(s) to urgently contact the police by calling the crime stop number 08600 10111 or via the MySAPS app. She said all information will be treated with the strictest confidence.

Booth hitman got high, fell in a hole, went to wrong address, court hears as gangsters are sentenced

A Terrible West Siders gangster lived up to the name when he smoked mandrax, fell into a hole and went to the wrong house instead of killing lawyer ...
News
1 year ago

‘They didn’t deserve to die like that’: families in pieces after Eldos murders

“I’m building the bikes to help the children not become gangsters. I lost my son to gangsterism and I don’t want the same thing to happen to other ...
News
1 year ago