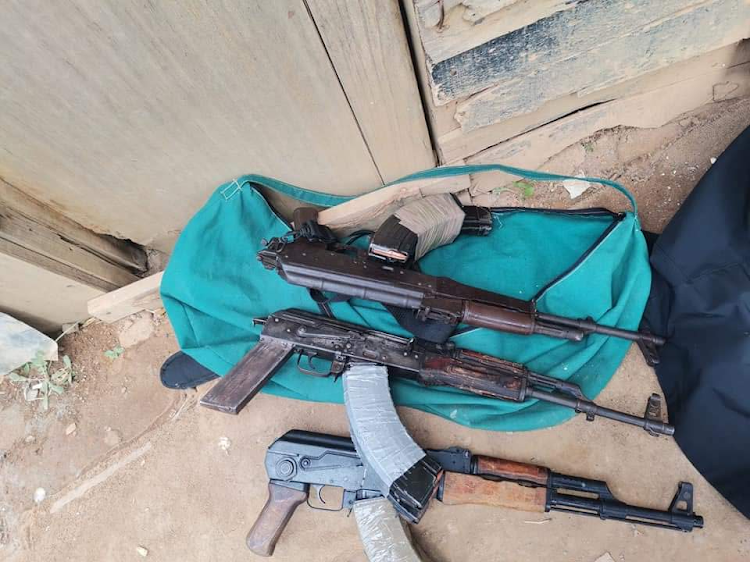 A cash-in-transit heist which started in Macassar, Cape Town, on Thursday ended in a shoot-out with the police in Stellenbosch.

Reports emerged at midday of a heist at the Macassar shopping centre involving several robbers armed with assault rifles.

Videos, purportedly depicting the heist, showed men unloading bags from an armoured cash-in-transit van while others pointed firearms at the vehicle’s occupants.

The shopping centre is adjacent to the Macassar police station.

Videos making the rounds of the cash-in-transit heist in Macassar, Cape Town earlier today. Robbers armed with assault rifles were reportedly arrested in Stellenbosch after a police chase. Story to follow @TimesLIVE pic.twitter.com/WrcNRtetPF

Stellenbosch municipality spokesperson Stuart Grobbelaar said one fatality was reported after the shoot-out in Dorp Street.

“SAPS and forensic teams are on site. A section of the R44 through Stellenbosch is temporarily closed [both ways] as the forensic teams conduct their work. Motorists travelling in the area are advised to use alternative routes,” said Grobbelaar.

National police spokesperson Brig Vish Naidoo said in a statement later on Thursday that a policeman and a security guard were wounded and three suspects subsequently arrested when police foiled the heist.

“A group of armed men attacked a CIT vehicle in Macassar and wounded a security guard in an attempt to rob the vehicle,” said Naidoo. “Police reinforcements comprising local police, TRT and air support responded immediately, foiling the robbery, but a chase and a shoot-out ensued, creating multiple scenes between Macassar, Mfuleni and Stellenbosch in which a 39-year-old police sergeant was wounded.

One of Gauteng's 'most wanted' arrested by police

A cash-in-transit robbery and murder suspect was arrested in Tembisa on Sunday.
News
1 year ago

A woman broke down in tears as she looked at a photo of her son, who was shot dead during a high-speed car chase through Gqeberha after the brazen ...
News
1 year ago

The Hawks have arrested seven men believed to have been involved in a cash-in-transit heist in which an armoured vehicle was blown up in broad ...
News
1 year ago