'There will never be another Lindani': Lindsey Myeni speaks out on husband's shooting in Hawaii 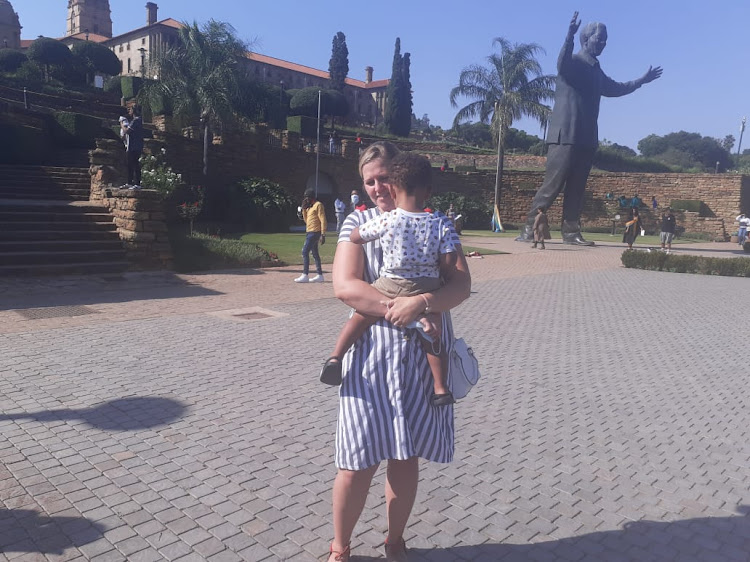 “I miss being able to make decisions with him. There will never be another Lindani.”

These words were spoken from the heart on Thursday by an emotional Lindsey Myeni, 29, the wife of club rugby player Lindani Myeni, 29, who was shot dead by police in Hawaii two weeks ago.

She was speaking at a press conference about the death of her husband, whose body is due to arrive in SA on Friday. He will be laid to rest on May 8 in KwaZulu-Natal.

The mother of two has been advocating for the Honolulu Police Department to release unedited footage which captured Lindani's final moments when a scuffle broke out between the Ubombo-born athlete and three police officers.

“The only thing we are asking is that they release the evidence. Why don't you show us body cam, why don't you show us the ring camera that we know is at the door of the house that has all this recorded?” she said. “It's convenient they have been holding his cellphone, it's convenient they took his wedding ring ... It feels like salt on the wound, the police have never addressed me or contacted me,” she said.

Being black not a crime says KZN premier, as he slams lack of US police co-operation on Myeni's shooting

KwaZulu-Natal premier Sihle Zikalala has lambasted the Honolulu police department for its lack of co-operation in releasing information regarding the ...
News
1 year ago

Lindsey said the story about Lindani being implicated in a burglary was nonsense.

She said Lindani had gone out to clear his head and never came home.

“I called him like in 30 minutes or 20 after that to check on him and then didn't know what happened until the next day. When you look at the police records, 18 minutes after I hung up [there were] four bullets in him,” she said.

Lindani was shot four times by police responding to a “burglary in progress” at a home in Nuuanu on April 14.

“The investigators told me that he had passed. They met me at hospital because I went looking for my husband and I didn't know where he was. I got a tip from someone that he might have been involved in a shooting,” she said. “There are so many unanswered questions, We just want his belongings back and I would like for those officers to serve jail time.

“I can't continue to speculate, I won't have peace. I need the evidence. We are suing the city of Halulu. I just know that he was shot in the leg and three times on the chest.”

She said it was hard to decide where to live after the incident.

“I know I will eventually go back [to Hawaii] but I don't know if I will ever want to live there again. I only wanted to live in Hawaii or SA. Now I feel like Hawaii just checked itself out of the box.”

Lindsey said the full force of what happened had not really hit her yet. “I think maybe when the body lands it will set in or maybe the funeral. It still almost feels like a dream or some messed up story or movie I watched. But also, I feel some peace that he is not in that body any more, his spirit lives on,” she said.

“We have to accept it as it is, but we are still calling to God to intervene, justice be done. The government has been amazing, they have been there for us since day one. They have helped us to bring the body back,” she said.

She said the memorial would be on Thursday May 6 and the funeral on May 8.

Lindani Myeni, the former rugby player from KwaZulu-Natal who was shot dead by Honolulu police in Hawaii last week, was set to return home in June to ...
News
1 year ago