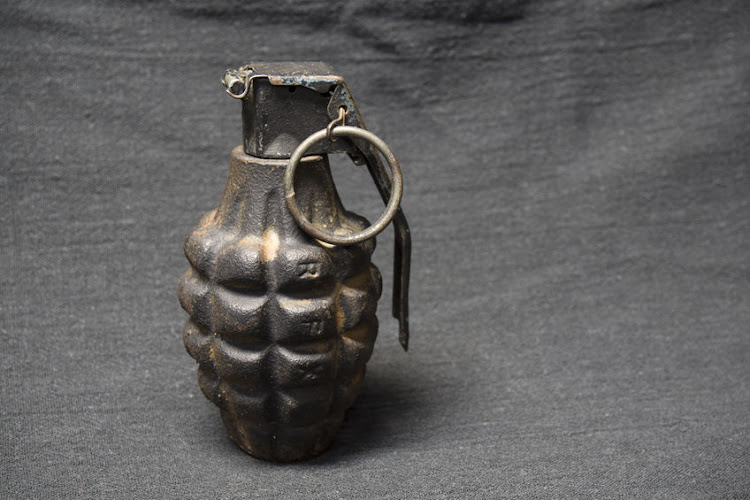 Amaal Jantjies was so desperate to free her imprisoned lover that she was willing to leverage her underworld connections to help the police anti-gang unit (AGU).

But when they refused, she turned to alleged underworld boss Nafiz Modack for help.

Jantjies and two co-accused are facing five charges of conspiracy to commit murder, two counts of contravening the Prevention of Organised Crimes Act for their alleged affiliation and co-operation with the Junkie Funky Kids gang, conspiracy to possess and acquire explosives and illicitly trade and possess firearms.

The state alleged during her bail hearing on Friday that in return for assistance, she would have to help Modack plan a series of attempted hits against AGU commander Lt-Col Charl Kinnear. (Kinnear was ultimately shot dead in his car outside his Bishop Lavis home on September 18 2020.)

Throughout a gruelling cross-examination of her evidence in chief — led as part of her bail application in the Parow regional court earlier this year — Jantjies said the grenade plot was hatched by the AGU and its boss Lt-Gen André Lincoln in an elaborate ruse to trap and eventually kill Modack.

It would take meticulous probing by state prosecutor Blaine Lazarus to untangle what he submitted to the court was a fantastical web of lies and misdirection.

Jantjies soon proved that she was no friend of the state and tested the court’s patience by answering questions put to her about WhatsApp messages between her phones and Modack’s numbers with questions and finger pointing.

At first she said she did not know Modack and had never met him. But it soon became clear she had regular contact with him since November 5 2019.

She would admit to receiving a BMW from Modack via another party and a second phone.

The state alleged that she received EFT payments for her to corrupt several members of the AGU. To this allegation she replied: “To tell the court honestly, that unit is corrupt.”

The magistrate noted that she was not willing to answer the question.

She said not to be the only person using the second phone and said AGU members, whom she was sent to corrupt, also used it to speak to Modack and solicit payments.

The state alleged that the quid pro quo would be for these AGU members to provide Modack with information about when the unit was planning to raid his premises.

Lazarus also poked holes in say that she never met Modack in person when he played a voice note in which she said she was going to meet him to play a recording of a meeting between her and an AGU member.

Her relationship with AGU members would culminate in a meeting at their base in Cape Town.

Jantjies said it was here that a plan was proposed by Lincoln that she and co-accused Janick Adonis orchestrate a fake grenade attack on Kinnear’s home to gain Modack’s trust, so she could provide the unit with his location.

According to her, a raid would then take place at Modack’s home and he would be killed, ostensibly because he grabbed at an AGU firearm and was killed in a struggle.

But Lazarus told the court that Lincoln would be called to testify and, in his version, when approached by Jantjies with the fake grenade plot, he told her the unit did not have authorisation to do that and it was too risky to even consider.

Jantjies also said leveraging her contacts to buy firearms and explosives with money provided to her by AGU members. One of these contacts was a person called Angelo Yusie.

WhatsApp records showed how, on November 19 2019, Yusie asked to be told when there would be nobody home at an address so it could be petrol-bombed. Jantjies admitted was Kinnears’ home.

“He informs you that there are two double-cab bakkies outside the house. He needs time so he can petrol-bomb the bakkie,” said Lazarus.

Jantjies replied: “The plan was to petrol-bomb the house. It was an instruction from Lincoln.”

The state alleged that she then arranged a different person to target the house, who sent her a video of Kinnear’s home, showing police cars outside.

WhatsApp records indicate she then messaged Modack, saying: “There are many police vans but don’t worry, he’ll do it.”

“You then ask Modack for a hand grenade so you can throw it, that would be better,” Lazarus quoted her WhatsApp records.

“Part of the plan! To arrest the man [Modack]," she exclaimed in court.

Jantjies explained that she used some money to buy firearms and that a captain from the AGU also gave her money to purchase firearms.

The magistrate was as perplexed by the allegations in Jantjies’ rebuttals as people in the gallery and he asked, “The money came from the police?”

Lazarus interjected saying that Jantjies was lying and that the money came from a Modack associate.

In another WhatsApp she told an alleged hitman she would be waiting by a window to listen for when the shots were fired.

The point of Lazarus’s cross-examination of Jantjies’ affidavit was to prevent her from being released on bail.

She, Adonis and Farez Smith are co-accused in a case in which they face numerous charges.

Lazarus said the evidence he led showed Jantjies was a dangerous person and a “cold-blooded killer” who, should she be released, would have the means to inflict harm against witnesses in the case against her.

She said the court would have to decide whether she was a cold-blooded killer.

The case was postponed to May 11 for further hearing.

Rumours of underworld debt collection and extortion swirled this week after a bizarre attack by about 40 men on a luxury Cape Town car dealership.
News
1 year ago

'Foot soldiers' of the 27s gang will likely need legal aid, while the ‘big guns’ quickly raised tens of thousands in bail
News
1 year ago