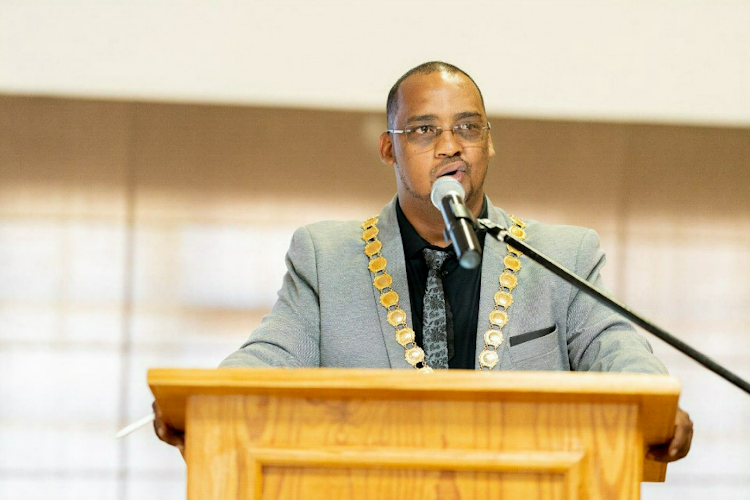 The SA Municipal Workers’ Union was given a bloodied nose on Friday when the labour court in Gqeberha prohibited its members from striking for a Covid-19 danger allowance and instructed it to pay the legal costs.

Kouga municipality dragged the union to court after days of protests over the workers’ demand for a R1,500 Covid-19 danger allowance.

In March, the municipality successfully interdicted Samwu from continuing with its strike action — described by the municipality as unprotected — that resulted in rubbish being strewn in the streets in Jeffreys Bay.

About 14 Samwu shop stewards were suspended for participating in the strike.

On Friday, the court prohibited Samwu from striking in support of the Covid-19 allowance and ordered the union to pay the costs for the attorney appointed by the municipality.

“The judge also stated that violent actions of Samwu did not go unnoticed by the court and it is unbecoming of a union to not have control over its members when exercising the right to strike,” he said in a statement.

Hendricks said the court ruling was a vote of confidence in the legal processes followed by the municipality.

“The municipality will continue with the legal processes against the 14 suspended Samwu shop stewards who have been charged with gross misconduct, as well as the few Samwu members who participated in the ongoing strike,” he said.

However, the Samwu chair in Kouga, Siphiwo Mkosana, said all 14 shop stewards had been fired on Friday.

“As I’m talking to you, all shop stewards are receiving dismissal letters from the employer, but we will take it further,” he said.

Mkosana welcomed the judgment, but said it did not pronounce on Samwu leading an “unprotected and unlawful” strike as the municipality claimed.

“We welcome the judgment as is, but would like to emphasise that Samwu never led workers on an unlawful strike,” Mkosana said.

Samwu warned there could be water shortages in parts of Gauteng, Limpopo, Mpumalanga and the North West if its demands are not met by Rand Water.
News
1 year ago

Rand Water, Samwu set to head back to negotiating table to stave off strike

The Commission for Conciliation, Mediation and Arbitration has issued a certificate of non-resolution in a dispute between Rand Water and the SA ...
News
1 year ago

No money and no plan B for public sector wage increases: Senzo Mchunu

Public service and administration minister Senzo Mchunu on Thursday said they were hopeful negotiations would go well despite the government formally ...
Politics
1 year ago