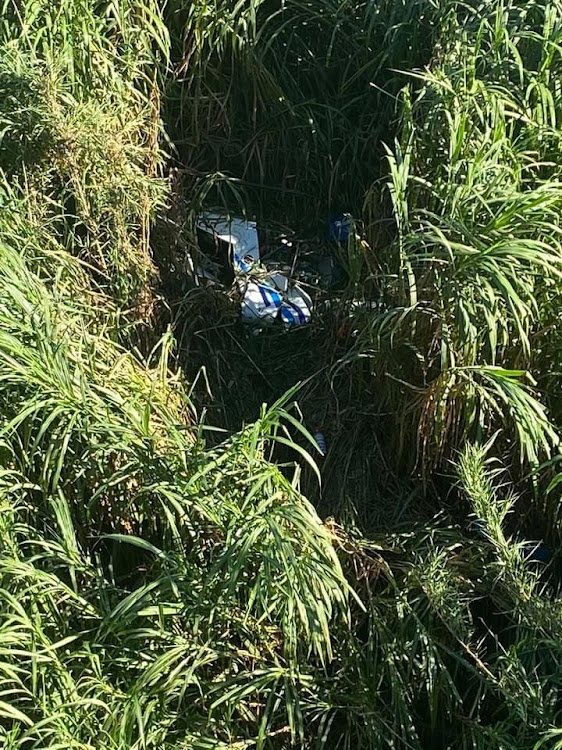 The SA Civil Aviation Authority (CAA) has started an investigation into what caused a helicopter crash which claimed two lives in Durban on Monday.

It's been suggested that a bird strike caused the Robinson R22 helicopter to crash into the Umgeni River leaving the pilot and co-pilot dead.

In statement released a few hours after the crash, the CAA said its accident and investigations division had been notified about the accident.

“Investigators have been dispatched, meaning the investigation into the cause of the accident has begun.

“At this stage there are no further details to share pertaining to this accident.

“Nonetheless, a preliminary report will be issued within 30 days from the day of this accident.

“The completion of the investigation will be marked by the release of a final accident report, which may contain safety recommendations aimed at improving the levels of aviation safety and the prevention of a similar accident,” said the CAA.

Kyle van Reenen of Emer-G-Med said earlier that a report about a helicopter crash in the Umgeni River was received at about 8.30am.

“Emergency care personnel were immediately dispatched. On arrival it was found that a light helicopter, a Robinson 22, was fully submerged in the Umgeni River.

“A rescue mission was launched by members of the Emer-G-Med team and the police search and rescue unit to retrieve the victims from the wreckage.

“Unfortunately it was found that both the pilot and co-pilot, aged between 30 and 40 years, were dead on arrival.

“At this stage the cause of the crash is believed to be a bird strike.

A  Zimbabwean air force helicopter crashed into a residential area in Arcturus, 32km east of the capital Harare, on Friday killing its three crew ...
News
3 weeks ago

According to a preliminary SA Civil Aviation Authority report, the collective lever - responsible for up and down movements of the helicopter - ...
News
1 month ago
Next Article