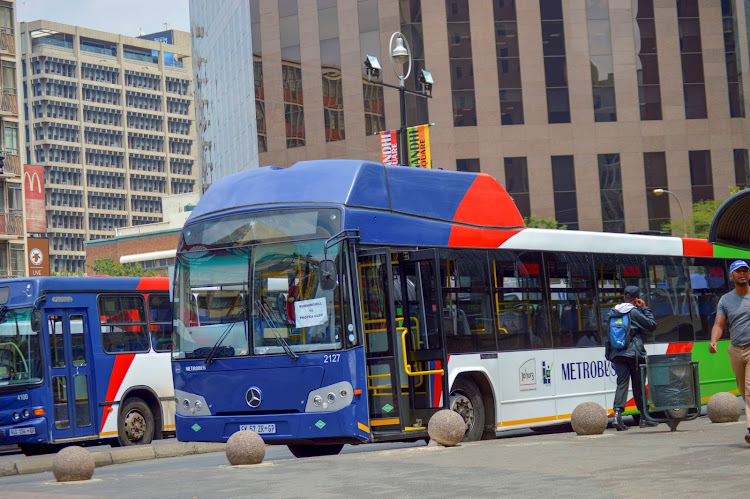 Metrobus operations in Johannesburg were disrupted on Monday when drivers affiliated to the Democratic Municipal and Allied Workers' Union of SA (Demawusa) embarked on a strike.

Demawusa spokesperson Dion Makhura said members downed tools because their employer was refusing to concede to their demands.

They included an 18% salary increase and a call on the company to address allegations of corruption.

“We are saying they must reinstate workers who were dismissed because employees who are connected to management are not charged for misconduct. They are just told to stop driving,” Makhura charged.

“The other critical issue is that we were told that they put new engines on buses but those buses get breakdowns every day.”

He alleged that funds meant to repair the buses had been misappropriated.

Two of the biggest labour unions at Eskom are pushing for a double-digit percentage wage increase, arguing that if there is money to burn diesel and ...
News
1 week ago

Makhura said they wanted management to address the issue of salary disparities as it appeared that some employees were paid more than their counterparts though they performed the same roles.

Asked how long the strike would go on for, Makhura said: “Until the employer concedes to our demands.”

“Two of our depots were operating this morning and they [buses from these depots] managed to ferry a substantial number of passengers ... until the end of the morning peak,” Shivuri said.

“Instead of sticking to our daily schedule, we had to redirect to catch up on the shortfall of buses.”

Commenting on the union's demands, Shivuri said: “Unfortunately, we are not at liberty to negotiate some of the demands with them because they are dealt with at the bargaining council.”

He said about 97 buses from the village main depot in the inner city were not operating.

School pupils in Eldorado Park who use buses from the depot were not serviced on Monday when schools reopened.

“We are trying to ensure that we’ve recommissioned village main,” said Shivuri.

He said they were monitoring the situation. “We will continue to do our work. We will not be deterred.”

The City of Tshwane said on Tuesday it would ask the Labour Court for an urgent interdict against striking employees at Tshwane Bus Services and to ...
News
3 weeks ago

Another truck, bus go up in flames in Nelson Mandela Bay protests

Another truck and a bus have been torched in violence in the Motherwell-Addo road area in the Eastern Cape.
News
1 month ago