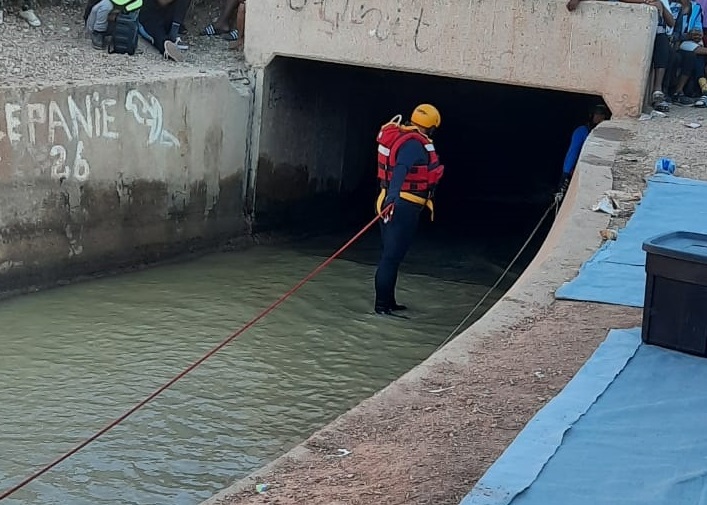 The child appeared to have slipped while playing with friends.
Image: Saps

The body of a nine-year-old girl was recovered from a canal outside Oudtshoorn in the Western Cape at the weekend.

Police spokesperson Sgt Christopher Spies said it was suspected that the child slipped and fell into the water while playing with a group of children near the canal on Sunday morning.

“Another girl attempted to rescue the girl when she also slipped and fell into the water. Bystanders noticed the incident and managed to rescue the second girl,” Spies said.

A search was launched and the body of the child was recovered from the canal near Dysselsdorp on Sunday evening.

Despite an extensive search, there remains no sign of the missing teenager.
News
1 year ago

A Durban man has been lauded for his quick thinking and reaction after he saved the life of an 11-year-old boy who almost drowned at the Durban ...
News
1 year ago

Child dies after being hit by taxi outside KZN school

A 10-year-old child died outside a KwaZulu-Natal north coast school after being struck by a taxi on Friday morning.
News
1 year ago