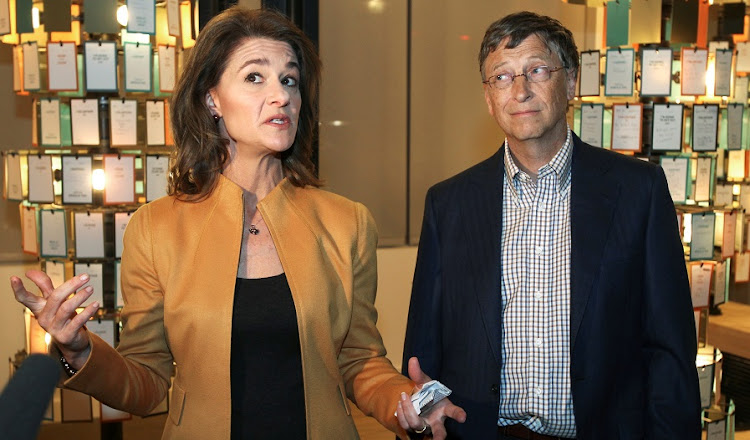 Mzansi has been left shooketh at the news of Bill and Melinda Gates' divorce, joking that she should attend the Zondo commission of inquiry to “spill the tea” on their relationship.

The couple announced their split in a statement on Monday, saying they no longer believe they can grow together as a couple in the next phase of their lives

“After a great deal of thought and a lot of work on our relationship, we have made the decision to end our marriage. We ask for space and privacy for our family as we begin to navigate this new life,” the couple said.

The financial details of the split are not yet clear, but Gates is among the richest men in the world.

The couple co-chair their non-profit Bill and Melinda Gates Foundation, which currently has over $51bn in assets, according to a tax filing cited by CNBC.

The news comes two years after Amazon founder Jeff Bezos shocked the TL with news of his divorce from wife MacKenzie.

As Gates' name topped the Twitter trends list, users suggested that the Microsoft co-founder and Bezos should join together and form “the world's most powerful couple”.

Others joked that Melinda should appear before the Zondo commission and dish up some juicy deets on what it was like to be married to uncle Bill.

Here are some of the funniest local reactions to the news:

People are crazy on Twitter someone said "Bill Gates can now marry Jeff Bezos to become the most powerful couple in the World " pic.twitter.com/ZCaVRcx4Jd

Bill Gates is about to become a city boy. His first white boy summer in nearly 28 years.

Word on the street is Bill Gates is single 👀 pic.twitter.com/A8Lm9wrAwn

Melinda Gates you better testify ko Zondo Commission we are waiting...to spill the bean like Norma maybe 🤔 you can tell us something we don't know about Bill Gates !!!!

Did Bill Gates try pressing that off button until its off so that he can restart it? pic.twitter.com/4wQVbGNIRI

Apparently the Gates are divorcing, after 27 years of marriage, because Bill Gates went home early one day and caught his wife using a Macbook 

Marriage is difficult even for Bill Gates, what about me a village girl

Bill Gates and Melinda Gates said on Monday that they have decided to divorce, unnerving the philanthropic world.
News
8 months ago

Things are looking up for the super rich - or, at least, for some of them
Lifestyle
9 months ago

MacKenzie got more than what pundits were expecting.
News
2 years ago