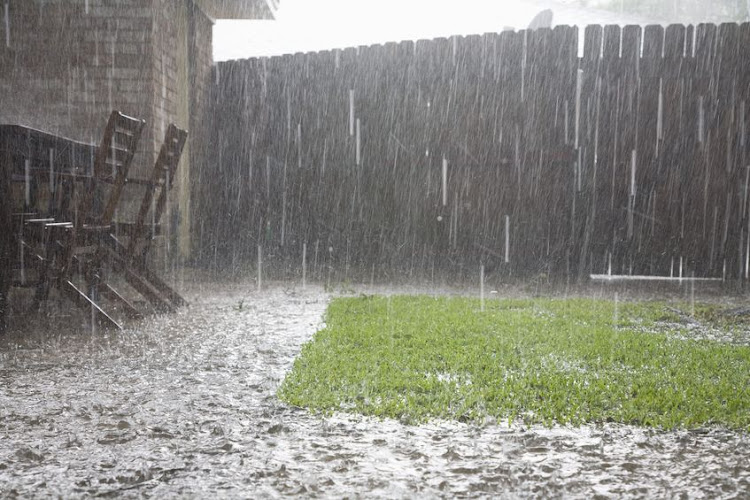 An intense cold front is expected to make landfall in Cape Town on Wednesday, the city's disaster risk management centre has warned.

“All city services and external agencies will be on standby to deal with the predicted adverse weather,” said the centre's spokesperson Charlotte Powell.

“We remind residents to please clear out any potential blockages about their homes and ensure that gutters and downpipes are clean.

“In low-lying areas, please dig a trench about your home if possible, to allow water to run off and reduce the risk of localised flooding.”

Two air force helicopters are being used to help contain a fire raging above Simon's Town.
News
1 year ago

The service issued a warning on Tuesday, saying the bad weather was expected to develop along the southwest coast of the Western Cape on Wednesday and will position itself along the coast about Saldanha Bay that evening.

It said sporadic, heavy rainfall would likely hit the Overberg region, the Garden Route district, parts of the Cape winelands and Cape Town metro — especially during Wednesday evening and overnight hours into Thursday.

“Modelling suggests 30mm to 50mm of rain is likely to occur during a 24-hour period, while parts of the Overberg could receive as much as 60mm to 100mm during the corresponding period.”

Saws has urged coastal ocean users to exercise caution, as very rough seas are expected because of strong winds associated with this system, especially along the coast between Cape Columbine and Stilbaai.

“These winds are likely to result in steep waves reaching heights of 4m to 5.5m at times. Vessels may therefore experience difficulty in safe navigation.”

The weather service said there would be an increased risk associated with coastal activities such as rock angling and general beach use.

“While the development of a black southeaster is entirely possible, given the expected circulation pattern, the public should nevertheless not be alarmed by sensationalist media articles doing the rounds on social media.”

Residents were advised to call the city’s public emergency communication centre for any weather-related service requests or emergencies on 021-480-7700 from a cellphone or 107 from a landline.

WATCH | 'Winter has come early this year': Snowfall in Drakensberg

Some light snow fell on the higher ground in Lesotho on Friday night and on the weekend.
News
1 year ago

A tornado tore through the southern US city of Tupelo on Sunday, blowing the roofs off homes and tearing down trees and power lines, but there were ...
News
1 year ago