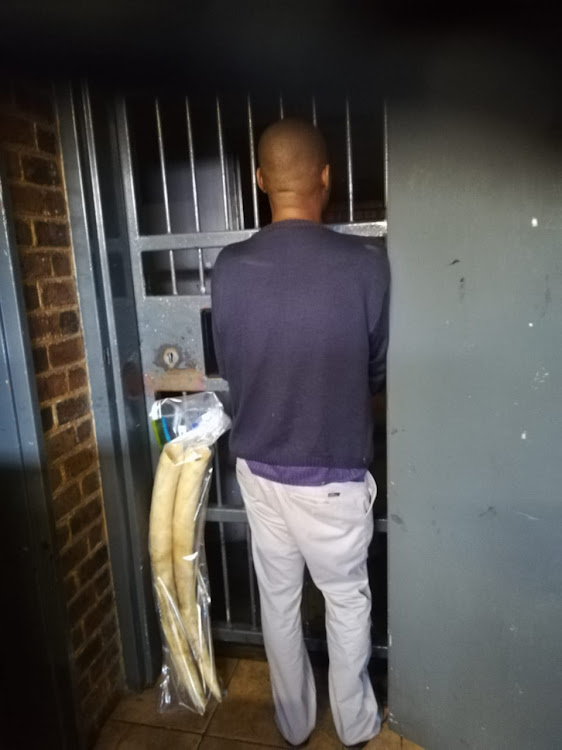 A man was arrested in Johannesburg for possession of elephant tusks.
Image: SUPPLIED

A 53-year-old man was arrested in Alberton, east of Johannesburg, for possession of elephant tusks.

When the team pounced on the man, they found two elephant tusks in the vehicle he was travelling in.

He was arrested at the scene.

“The monetary value of the ivory is yet to be determined,” Masondo said, adding that the Hawks would investigate further to establish the origin of the recovered ivory and whether there were other suspects involved.

African elephants are losing their tusks in an astonishing example of evolution by natural selection that protects them against ivory poachers.
News
2 years ago

'This is the end': driver as elephant charges car in Kruger National Park

"This is the end." That is what Marianne Kuehnast thought as an elephant charged towards her vehicle in the Kruger National Park (KNP).
News
1 year ago

Two men bust over poached abalone worth R1.3m have admitted their crimes.
News
2 months ago
Next Article