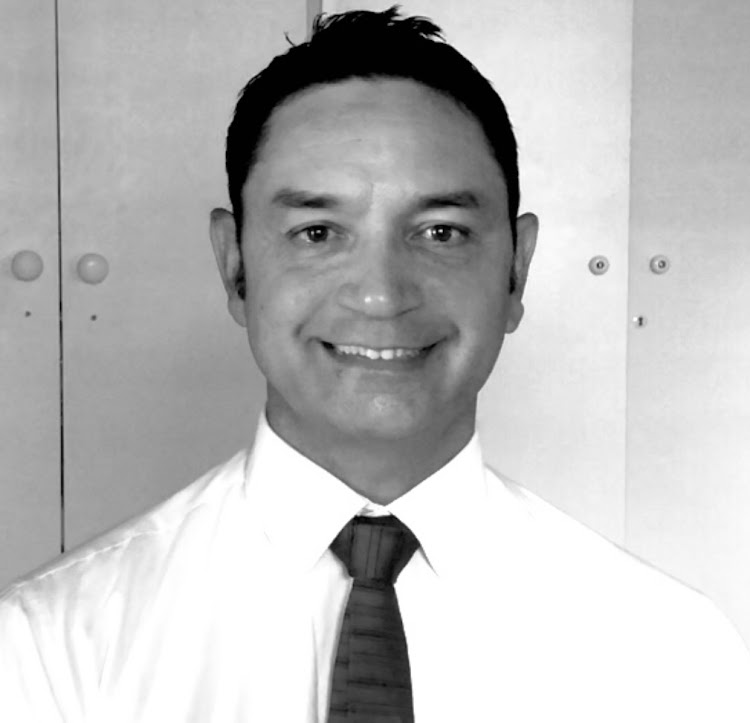 Mervyn Coetzee graduates on Wednesday with a PhD in Education: Language and Literacy.
Image: Supplied:University of the Western Cape

From being a pool cleaner to obtaining a PhD, Mervyn Coetzee, who graduates on Wednesday at the University of the Western Cape (UWC), said it will be a  “celebration of the Coetzee family and their resilience”.

Coetzee said he would like to inspire others to also overcome their insecurities and personal challenges to fulfil their dreams.

“I want to go on and share with the world the power of saying ‘yes’,” he said.

At his celebration, the guest of honour will be Mervyn’s mother, Joan Coetzee, who turns 81 in July, and who raised him and his five siblings alone in the gangster-ridden suburb of Bonteheuwel after their father died in 1974.

From a poverty-stricken family, Coetzee worked as a casual cleaner at the Sea Point Pavilion to bring in extra money.

His sisters left school to work in factories in Epping.

Coetzee recalls standing outside the local fish shop in the hope of being given a few “kaiyangs” (clumps of batter) at the end of the day, which he would share with the family as supper. If they were lucky, there would be a few pieces of fish attached.

Born with two thumbs on each hand, Coetzee had to endure teasing from his peers who called him derogatory names.

Coetzee said it was the humiliation he felt because of his appearance that helped him understand the insecurities and fears of his students, and that would later form the premise of his thesis on trauma in learning and teaching.

Growing up on the dusty streets of Katlehong, in Ekurhuleni, professor Zeblon Vilakazi watched as the space shuttle Columbia, STS-1, took off until ...
News
2 weeks ago

He admits he was not a brilliant student “by any means”.

When he failed his mid-year exams in Grade 10, he wanted to drop out of school but his older brother intervened, saying one of the family had to complete matric.

He managed to complete school in 1984.

Four years later, a girlfriend encouraged him to apply to study at UWC but his application was rejected.

“This is where the story changed,” he said.

A chance encounter with a peer facilitator, Niel van den Heever from Namaqualand, created an opportunity for further education at UWC, but first he had to secure the funding he needed to register.

After several unsuccessful attempts to get financial support close to home, Coetzee decided to approach the department of education, then located in Roeland Street.

Although applicants usually have to apply at least 10 months in advance, a serendipitous meeting with an inspector there, who encouraged him to “go do something with your life”, set Coetzee on the path to registering for a degree and he completed a BA in English and Philosophy.

Coetzee said the fact that someone had taken a chance on him, saying “yes” instead of referring him to another department or person, was life-changing.

It is in my DNA to be solutions-driven

“I am wired and excited to find ways of saying ‘yes’ to people. It is in my DNA to be solutions-driven.” He said.

He went on to complete an Honours degree in English and several years later a Masters in English Literature.

Coetzee spent the 1990s at the Cape Peninsula University of Technology, UWC and University of Cape Town in various capacities — tutor, writing consultant and lecturer. He was one of the  lecturers to teach in UWC’s first BEd. Foundation Phase degree. He is now working as the academic review specialist in UWC’s Academic Planning Unit.

He also taught in the US, where he lived for several years.

He took a job as a tutor at UWC’s English for Educational Development unit when he first encountered what would become the crux of his seminal PhD research — students’ reticence to speak aloud in class.

He spent 18 months in Dublin, Ireland and initially enrolled for a PhD in Linguistics. At the advice of his Irish supervisor, he later switched to a PhD in Education so he could investigate students’ personal narratives. He found, during his time as a tutor, that students were able to write about themselves and their experiences of social injustice in a “very deep way”.

Dr Mumtaaz Emeran on her internship at Bara: ‘We see everything from gunshot wounds to stab wounds’

Dr Mumtaaz Emeran says her internship at Chris Hani Baragwanath Hospital has opened her up to the hard work doctors put in daily to save lives.
News
1 month ago

SA universities opened belatedly in mid-March after protests on many campuses sparked by a combination of factors related to student fees and debt, ...
Opinion & Analysis
1 month ago

SPONSORED | If your child started grade R in 2017, you can expect to have paid between R1.3m and R3m when they graduate from university in 2033
Business
2 weeks ago
Next Article