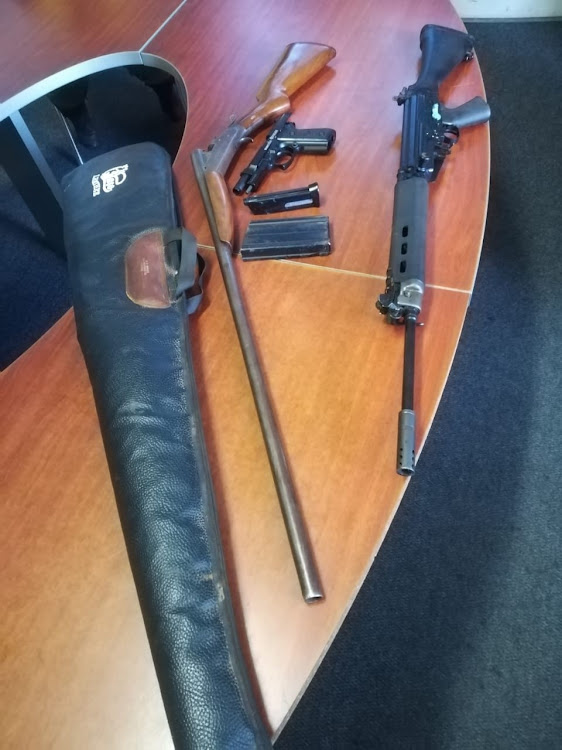 An assault rifle, a shotgun and an air pistol were recovered after they were stolen from a farm in Nuy, in the Breede River Valley.
Image: SAPS

An assault rifle identified as SANDF property and a shotgun registered to a late estate, were among the weapons found after a suspect was arrested after a break-in at a farm in Nuy in Breede River Valley in the Western Cape.

Detectives from Worcester police, assisted by members from the Breede Valley K9 Unit, followed up leads on Friday following a housebreaking and theft case which occurred on the farm on May 2.

“Investigation led the members to an address in Yssel Street in Riverview where a female suspect was arrested in possession of an assault rifle, a shotgun and an air pistol. The assault rifle was identified as SANDF property and the shotgun was registered to a late estate. The 9mm Glock pistol which is sought is yet to be recovered.

“The suspect is scheduled to make a court appearance in Worcester on Monday to face charges for the possession of unlicensed and stolen firearms.”

Dead children reveal the explosive truth about landmines in Zim

Sue de Groot speaks to author and criminologist Mark Shaw, who probably knows more about illicit weapons than all the world’s criminals put together, ...
Opinion & Analysis
1 year ago