Durban man rushes into burning home to save his father 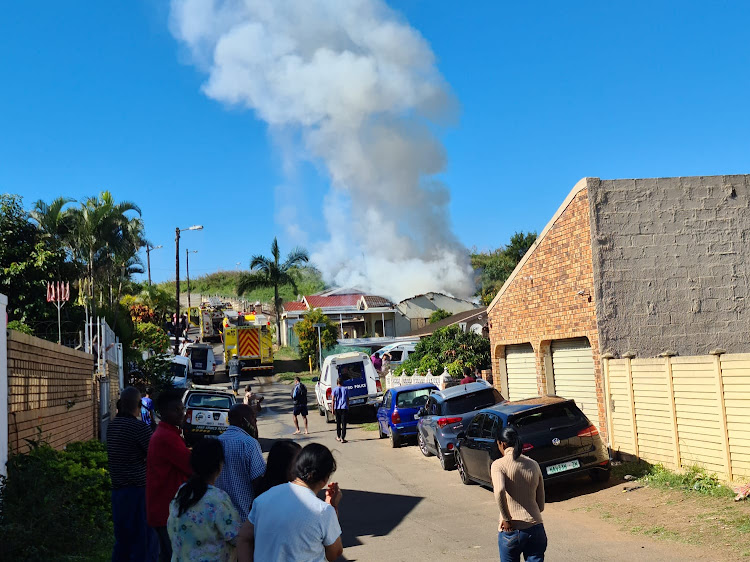 A man rushed into his burning home to save his father after a fire broke in Phoenix on Monday.
Image: KZN VIP

A Durban man in his 30s rushed into his burning home to rescue his father, sustaining moderate burns in the process.

The incident occurred on Pearlbrook Place in Brookdale, Phoenix, north of Durban, on Monday.

Gareth Naidoo of KwaZulu-Natal VIP security services said members of their paramedic unit, metro police and the city’s fire and emergency services were at the scene.

“One person has sustained moderate injuries trying to save his dad in the house fire. He is being treated by paramedics.”

Naidoo said two fire trucks and a water tanker had arrived at the scene to help extinguish the blaze.

He said the cause of the fire is unknown at this stage.

Earlier on Monday, a fire broke out on the fourth floor of a textile and screen printing factory on Felix Dlamini Road (formerly Brickfield Road) in Durban.

Firefighters remain at the scene trying to contain the blaze.

Firefighters in Durban are battling a raging blaze which broke out at a textile and screen printing factory on Felix Dlamini Road (formerly ...
News
8 months ago

A Maryland, US, woman allegedly set her house on fire with her house mates still inside and then sat and watched it go up in flames.
News
8 months ago

The cause of a fire that gutted a Covid-19 ward and killed two patients at FH Odendaal Hospital in Limpopo on Tuesday is yet to be established.
News
8 months ago